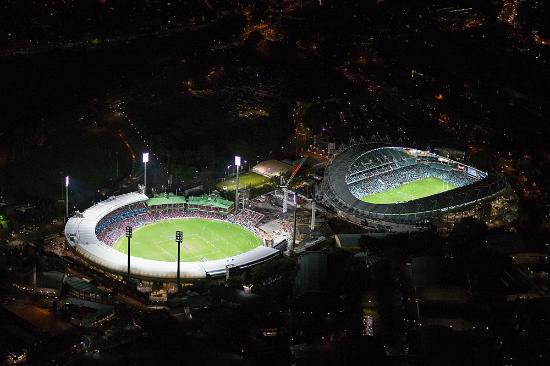 Provisional plans to build an $800 million rectangular sports stadium at Moore Park, in Sydney’s east, have apparently been dropped following widespread opposition to the plan.

Revealed last week in Sydney newspaper The Daily Telegraph, opposition to the suggested stadium has, according to a further report in The Daily Telegraph, led NSW Sport Minister Stuart Ayres and the NSW Government’s stadium adviser, former Liberal leader John Brogden, to amend a report that had been due to be released this week.

The Daily Telegraph advise that the report will now recommend that a new 'super trust' be created to manage NSW’s major stadiums, merging the Sydney Cricket and Sports Ground Trust with the management of the ANZ Stadium at Sydney Olympic Park and stadiums currently managed by VenuesNSW - Pirtek Stadium in Parramatta, Hunter Stadium in Newcastle and Wollongong's WIN Stadium.

Quoting “high-level sources” The Daily Telegraph said the amended report – whose release will now be delayed until the end of the month - will outline different ‘options’ for the NSW Government to consider, depending on the funds to be allocated to modernising Sydney’s stadiums.

The Daily Telegraph says that “the change is a blow to the high-powered Sydney Cricket and Sports Ground Trust and NRL Chief (Executive) Dave Smith, who has been pushing for a new 65,000-seat ­stadium at Moore Park.”

The Daily Telegraph report continued “Mr Brogden had told the Centennial Park and Moore Park Trust ... his preferred option was to build the 65,000-seat stadium on its land.

“He said that under his plan, Allianz (Stadium) would be demolished when the new stadium was completed and a smaller multi-sports venue built on that site.”

Under the plan, no money would be spent upgrading the 83,500 seat ANZ Stadium, Sydney’s biggest stadium for major events.

Whether the plan was a serious one, or whether it was a ‘fishing’ exercise by a journalist friendly to the Sydney Cricket and Sports Ground Trust would appear to be open to question.

Also subject to question are:

While having a developed a corporate career since leaving politics, currently he is Managing Director and Chief Executive of the Australian Institute of Company Directors, Brogden is best remembered for drunken behaviour and making unwelcome sexual advances to two female journalists at a political function in 2005.

This led to an apparent suicide attempt and psychiatric care prior to his exiting the NSW Parliament.

Brogden is not known for having any experience of stadium or sports management.

• Given that the NSW Government has pledged $600 million for sporting infrastructure if it proceeds with planned asset sales, those behind the lobbying for $1 billion for potential new venues at a time when grassroots sport is appealing for funding, would appear to have been making a highly ambitious play.

Image shows the SCG and Allianz Stadium by night.