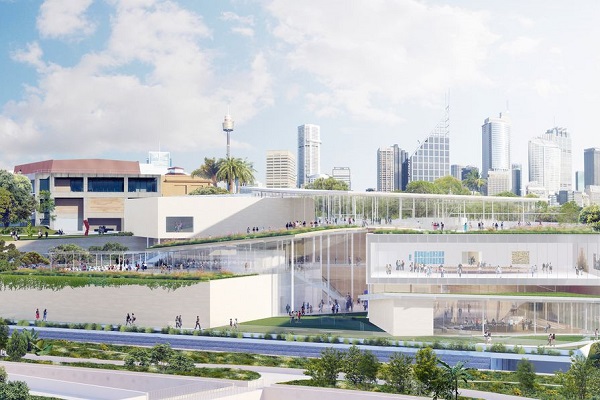 The NSW Government has secured a new contractor to undertake the building of the $344 million ‘Sydney Modern’ expansion of the Art Gallery of NSW.

The new building, the plans for which were unveiled in 2013, will double the exhibition space of the Gallery and link it to Sydney's Royal Botanic Gardens.

Construction firm Lendlease were originally contracted to build the attraction but last month dropped out of the project because of costs.

Work will now begin by the end of the year and finish in 2022, slightly behind its original schedule to open for the gallery's 150th anniversary in 2021.

The new building will sit to the north of the existing gallery and include a decommissioned WWII naval oil tank that will be transformed into a 2,200 metre² contemporary underground art space.

$244 million of the project's cost is being paid for by the NSW Government, with an additional $100 million from private donors.

Image of the Sydney Modern expansion courtesy of the Art Gallery of NSW/SANAA.