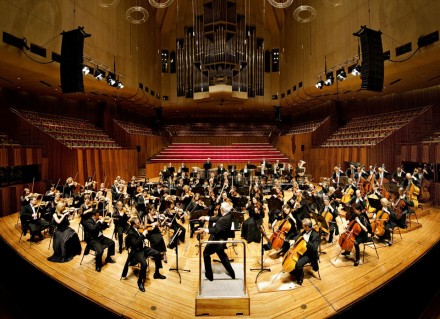 Minister Souris said the Negotiated Program Funding has been allocated to 42 arts and cultural organisations as part of the 2012 Arts Funding Program, stating "from Wagga Wagga to Wollongong, Balmain to Ballina and Newcastle to the Northern Tablelands, communities across the State will benefit from this funding.

"The Negotiated Program Funding provides support to some of the State's most significant and recognised arts and cultural organisations.

"In 2012, Negotiated Program Funding includes a CPI increase of 1.8% for those organisations in existing funding agreements ï¾ a helpful addition for arts organisations facing rising costs.

"These organisations have received a total of $15 million this year as part of these existing funding agreements including the 14 Regional Arts Development Officers (RADOs) based throughout NSW. This allocation is in addition to the new funding of $18 million.

"In total, new and existing Negotiated Program Funding in 2012 is worth nearly $32.5 million."

Some of the funding highlights include:

• Opera Australia will receive $3.3 million towards its operations and 2012 artistic program which will include summer and winter seasons at the Sydney Opera House;
• Sydney Symphony Orchestra will receive $3.2 million to support its operations and 2012 artistic program including commissioning of works, Australian premieres and touring;
• Museums & Galleries NSW will use $1.2 million to support small to medium sized museums, galleries and Aboriginal cultural centres throughout NSW;
• Surry Hill's Company B will receive $952,985 to continue performing at Belvoir Street and conduct tours nationally and internationally;
• Regional Arts NSW will benefit from $703,250 to deliver funding programs such as the Arts NSW devolved Country Arts Support Program (CASP);
• The Australian Ballet will use $676,045 to deliver an ambitious program of performances, major events and activities in 2012 for its 50th anniversary celebration which will involve world premiere works and international touring;
• Sydney's Artspace Visual Arts Centre Ltd will benefit from $551,459 to support its artistic program of on-site exhibition and tours and public program activities;
• Arts on Tour will receive $318,380 to continue providing its services to the NSW performing arts touring sector, supporting producers and regional venues; &
• Big Hart Inc will use $313,035 to continue its work with communities to produce high quality arts projects.

"We are increasing opportunities for people across NSW to enjoy a wide range of arts and cultural activities.

A full list of the grant recipients is available at www.arts.nsw.gov.au