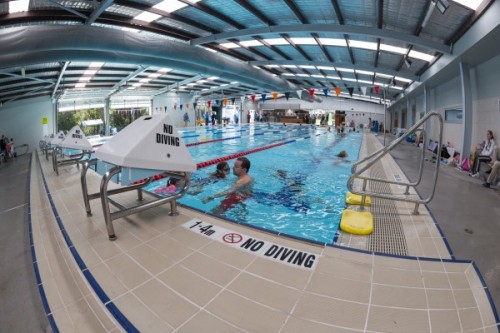 A child's bowel movement in a swimming pool that led to a pump failure and sent chlorine into a nearby creek has cost Lake Macquarie Council $15,000.

The Council was this week fined by the NSW Environment Protection Authority (NSWEPA) after the West Wallsend Swim Centre discharged 16,000 litres of chlorinated water into an adjacent creek.

A Council spokesperson said the backwash was intended to treat a faecal contamination after "a child who was not toilet-trained used the pool without a correctly fitted aqua nappy".

Swim centre staff followed a "rigorous procedure" of evacuating the pool, chemically treating the water and back-washing the filtration equipment to remove pathogens, the council said, in line with NSW Health guidelines.

Karen Marler, the NSWEPA's Hunter Director, told the Newcastle Herald that the "Council was aware that the pump was not operating properly, but decided not to take action to fix it as it was seen as a low priority. The pump subsequently failed and caused the discharge.

"The EPA recognises the pollution discharge was not intentional, however it was the result of council's failure to maintain its pumping equipment."

Lake Macquarie Council have since replaced the faulty equipment and cleaned up the soiled spill, leaving the creek without any observable damage.