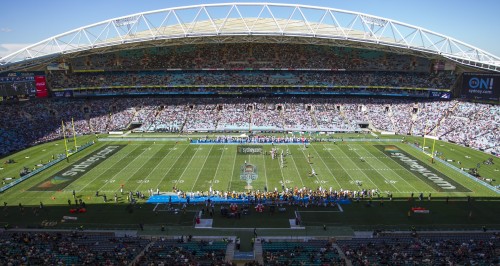 The NSW Government’s commitments to the arts, major events and tourism has been confirmed in the 2017/18 State budget which includes $193 million - an increase of 10.3% on the 2016/17 allocation - to attract visitors and $639 million for a range of arts projects.

Tourism
Commenting on the tourism and major events funding, NSW Minister for Tourism and Major Events Adam Marshall said the funding would keep Sydney and rural and regional NSW at the forefront of attracting visitors from around Australia and the world, especially from priority markets, such as China.

Minister Marshall stated "more than $95 million will be invested to secure and support major entertainment, lifestyle, sporting, arts and business events across NSW.

“$61 million will be invested to support tourism operators, develop visitor services and promote NSW to domestic and international markets.”

Visitation to rural and regional areas will continue to be driven by a record $43 million funding commitment over four years announced in 2016 to drive innovative industry reforms such as the establishment of six Destination Networks across NSW.

Outside of Sydney, the NSW Government has also secured the L’Etape Australia by Le Tour de France in the Snowy Mountains, the Coates Hire Newcastle 500, the Kennards Hire Rally Australia in Coffs Harbour, WSL World Surfing Championships in Kiama and the Australian Little League Baseball Championships in Lismore.

The Arts
Including backing for several previously announced projects, the NSW Government's 2017/18 budget is funding key projects across NSW and ongoing includes support for local organisations.

The arts and culture budget has increased to $639 million, including funding for the Walsh Bay Arts Precinct, the Sydney Opera House renewal program and funding to support the arts and screen industries through grants programs. 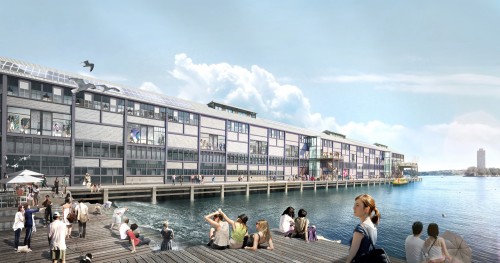 More than $344 million has been allocated to two new projects set to change the arts and culture fabric of the State.

$100 million will be spent over four years as part of the new Regional Cultural Fund (RCF) to build and upgrade arts and culture facilities across rural NSW. This can be spent on upgrading theatres, galleries, museums or any space to ensure arts and culture thrives.

The NSW Government is also backing the Sydney Modern Project by providing $244 million in funding to the iconic extension to the Art Gallery of NSW. The much-heralded SANAA-designed building will become a Sydney icon and put the Indigenous collection at the heart of the expanded Gallery.

NSW Minister for the Arts Don Harwin said funding for the Budget is spread across the State’s Cultural Institutions and regional NSW.

Minister Harwin stated "through this budget our Government will continue to build on the legacy we are leaving across NSW in both the city and in the bush.

“I’m pleased to see significant investment to support regional communities through RCF and the continued backing of once in a generation projects at our leading cultural institutions.

“It is important that we invest in projects that will not only have a lasting impact on the artists and organisations we support today but also the generations to come.”

• $244 million to the Art Gallery of NSW Sydney Modern project
• $109 million to rejuvenate the Walsh Bay Arts Precinct
• $100 million for a new Regional Cultural Fund
• $52.7 million for the Arts and Cultural Development Program to support artists and organisations across NSW, including targeted funding to regional NSW and Western Sydney
• $50 million for Stage One of the Sydney Opera House renewal program
• $10 million for a range of programs to support screen development and production, regional filming fund grants and industry and audience development projects across the state
• $7 million to the Made in New South Wales Program for new TV drama and international ‘footloose’ projects.

The funding has been welcomed by Tourism Accommodation Australia (TAA), with Chief Executive Carol Giuseppi saying it has come at a critical time in the tourism cycle.

Giuseppi stated "we commend the NSW Government on its strong investment in Destination NSW (and) the Government’s decision to invest $244 million in doubling the size of the Art Gallery of NSW (that) will ensure that Sydney remains at the forefront of innovation in cultural tourism.”

TAA also commended the Government on its four-year investment of $43 million to support and grow regional tourism, with Giuseppi adding "in particular, the funding and establishment of six Regional Destination Networks across NSW is an urgent priority to allow for the delivery of Destination

“The Government’s Regional Tourism Fund will help create new reasons to visit regional centres and will enable more effective marketing of attractions in these regions. This will be complemented by $300 million funded by Restart NSW to the Regional Growth – Environment and Tourism Fund. This fund will stimulate regional visitation by investing in tourism infrastructure, increasing tourism capacity and improving visitor accessibility.”

Images: US College football at ANZ Stadium (top) and plans for the Walsh Bay Arts Precinct (below).