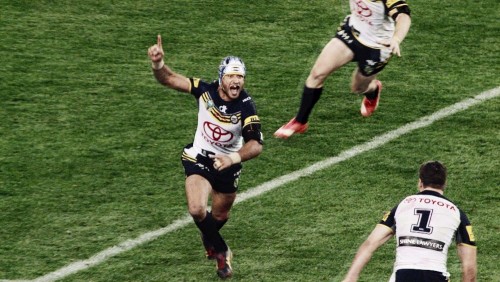 With the NRL having announced last week that each of its 16 clubs now has more than 10,000 members for the first time in the game’s history, a meeting of club chief executives has been told that 2015 season attendances are 4% this year compared to 2015 and that the game’s television audiences have also increased by 20% on 2015 figures.

Meeting at at Moore Park’s Rugby League Central yesterday (Thursday 16th June), the NRL and clubs reviewed a range of topics approaching the midway point of the 2016 rugby league season.

All 16 NRL clubs were represented and were given a briefing by Head of Integrity Nick Weeks, while Chief Digital Officer Rebekah Horne also provided an update on plans to further develop the NRL digital network.

The group were advised that the much-maligned bunker has significantly improved officiating decision times, with decision times for video referrals are down 14 on 2015, from 77 seconds to 66 seconds per decision.

The chief executives were also informed that the introduction of the shot clock has sped up the game.

The chief executives were given an update on the progress of a working group which is exploring a number of alternative models to the current Match Review Committee system.

Some of the alternatives include a fines system, increasing the carry-over points reduction per match, as well as increasing the demerit points required to miss marquee matches.

With less than 500 days to go until Rugby League World Cup 2017, the group was given an update on the tournament by RLWC2017 Chief Executive Michael Brown.

Image: Still from the NRL's ‘Be There When History Happens’ 2016 marketing campaign.