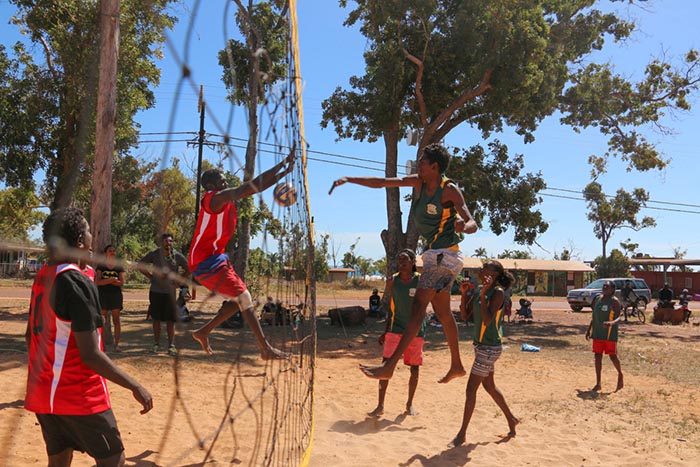 Northern Territory Government funding of $2.8 million has been granted to the East Arnhem Regional Council for sporting infrastructure projects.

The $2.8 million investment will fund:

Welcoming the funding, acting President of East Arnhem Regional Council, Kaye Thurlow stated “as most are aware, participation in sport in remote communities is a way of life. This announcement provides support to our continued work towards building strong and safe communities, and furthering the wellbeing of people and culture by providing suitable infrastructure to support our community based programs. The improved sports facilities can be utilised at night not only for sports but an extended social and civic events calendar which will be of great benefit to the communities in East Arnhem Land.

“Council is proud to be contributing upwards of $500,000 to the completion of these projects, and thanks the NT Government for their support through the sporting infrastructure upgrades project funding, making these works possible.”

$10 million is planned to be invested over the next two years to upgrade sporting infrastructure, including ovals, in remote communities throughout the Northern Territory. The Northern Territory Government is working in partnership with Regional Councils to ensure this funding supports community priorities and delivers improved sporting infrastructure.

Local contractor NT Electrical has been awarded the lighting contracts in Galiwinku, Gapuwiyak and Millingimbi/Yirrwi with works set to start shortly and be completed during March 2019.

In Galiwinku and Millingimbi/Yirrwi contracts for the basketball court roofs have been awarded to Timber and Steel Constructions with works expected to be completed mid-year.

The tender for the Gapuwiyak irrigation works will be released towards the end of February 2019.