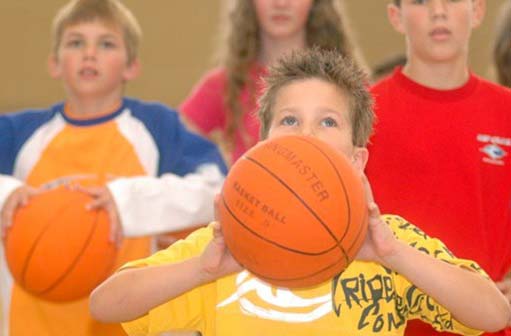 A typical Northern Territory family with two children will be $400 a year better off thanks to a $5 million expansion of the Territory Government’s successful Sport Voucher scheme.

Explaining the expansion, Northern Territory Chief Minister Adam Giles stated “our $75 Sport Vouchers have proved hugely popular with Territory families and I am pleased to announce that these vouchers are being more than doubled to a total of $200 a year per child.”

The Sport Voucher increase is among a package of measures in this year’s Territory Budget aimed at providing financial relief to Territory families.

Chief Adam Giles added “(this) announcement ... will ease the financial burden on families and ensure all Territory kids can play their favourite sport or recreation.

“It’s also great news for our hard working sport and recreation clubs which benefit from the guaranteed cash injection and increased participation numbers that flow from the vouchers.

“The new Sport Vouchers will mean every enrolled, school-aged child across the Territory is eligible to claim $200 a year on sport and recreation activities. For a typical family with two children, that’s a big help of $400 a year to the family budget.

“We’re also expanding the Scheme to cover a wider range of sport and recreation activities including girl guides and scouts, dance, music lessons and other arts and cultural pursuits so children who don’t play traditional sports don’t miss out.”

Northern Territory Minister for Sport, Recreation and Racing Matt Conlan said the Sport Voucher scheme had been a great success with more than 20,000 children using it last year.

“It has also allowed schools in our remote Territory communities to access hundreds of thousands of dollars in funding to purchase sporting equipment and implement new sport programs.

“Our Sport Voucher Scheme is teaching children important life skills and helping them lead active and healthy lives, which benefits our whole community.”

The new Sport Vouchers will be increased from $75 to $200, with $100 vouchers issued to parents twice a year in July and January. Under the Scheme, the Vouchers can be used for registration, essential equipment and uniform costs at any registered sporting or recreation club, group or organisation.

Tennis Palmerston Manager Sam Giess welcomed the expansion of the scheme, adding “since August last year the number of junior players here has doubled to 300 and almost all of those kids are claiming their Sport Voucher so it is a great incentive to get the kids involved in the sport.

“Having the Vouchers twice a year will greatly benefit our program and help grow our numbers even further. Parents can also use the Vouchers on equipment sold at our Pro Shop such as tennis racquets and shoes so it’s a win all round for our organisation.”

In remote areas, Sport Voucher funding will be allocated to schools to support new programs and activities. The new scheme is expected to begin on 1st July 2014.