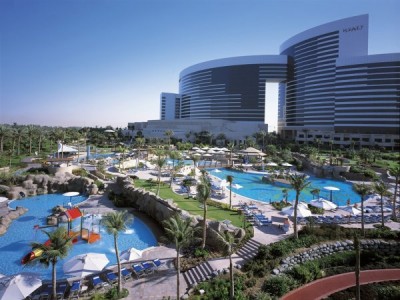 The responsibility of ensuring swimming pool water remains clear and bacteria free for the health and wellbeing of swimmers is enormous and the consequences of a facility getting it wrong can be disastrous, not just for swimmers and staff but for the reputation of the establishment concerned.

Recent high profile cases where things have gone amiss include a chemical incident at an aquatic centre in Perth, a major Sydney aquatic centre closing for two days due to elevated levels of bacteria and six people being hospitalisedafter a chemical mixing accident at a five-star hotel in Sydney.

In dealing with water disinfection at all types of commercial aquatic facility, there is a constant need to ensure the best and safest way to disinfect pool water without spending significant amounts of time, energy and money.

There are so many disinfection technology options now available on the market including automated dosing, manual dosing, ‘chlorine-free’ sanitisers, ozone generators, metal ionisers, U.V chlorine generators and others and the pros and cons of each need to be thoroughly explored before deciding on the best approach.

There are many credible water disinfection companies in the marketplace, however, some claims do not stand up to scrutiny. These include technologies that claim to be ‘chemical free’, that offer have health benefits, or adapted domestic disinfection systems being used in commercial environments.

Some mineral water disinfection systems use minerals such as Magnesium and Potassium Chloride, but may try and mislead customers into thinking that the pool no longer contains chlorine. Current Australian health regulations require a constant residual chlorine presence which, in the case of mineral pools, is simply generated using minerals and salts.

One of the more popular choices available for resort and hotel pools is automatic, onsite, inline chlorination via electrolysis. This type of disinfection takes the ‘guess work’ out of the equation, does not require any manual dosing and has proven to be one of the safest, most reliable and economically feasible ways of disinfecting water. Chlorine is produced automatically, onsite and inline (with the pool system) which then eliminates the need for chlorine delivery, storage and handling and the dependence on chlorine suppliers. Operator attendance is also minimal.

Electrolysis is a tried and tested technology that has been in use for 180 years after being discovered by Michael Faraday – the 19th century chemist acknowledged as one of the most influential scientists in history, who also discovered electromagnetic induction and diamagnetism.

The electrolysis process works when an electrical current is passed between two electrodes through an electrolyte (water containing minerals like sodium chloride) inside an electrolytic cell.

Hydrogen ions move to the cathode and turn into hydrogen. Chloride ions move to the anode and turn into chlorine. Meanwhile sodium and hydroxide ions get left behind and stay in the solution. This provides all the necessary ingredients for the automatic formation of Hypocholous Acid, an effective and proven water disinfectant (commonly known as liquid chlorine). All of this occurs not only within the electrolytic cell but inside the water itself, so no toxic disinfectant needs to be stored on site. 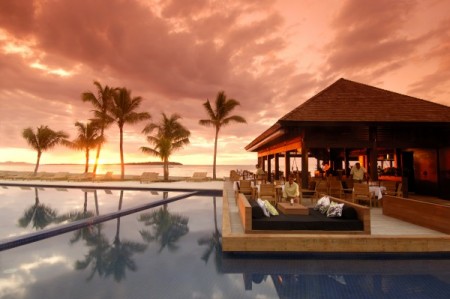 Another benefit of the technology is that pool operators often find the level of chloramines is also substantially reduced (when compared to conventional chemical dosing).

Chloramines are formed when ‘active chlorine’ in the pool water reacts with contamination in the pool such as urine, sweat or natural body secretions and is often an issue for high bather load facilities. The reaction causes volatile chloramines which become airborne and create issues such as strong ‘chemical’ odours, stinging eyes, itchy skin and sometimes breathing difficulties.

The common misconception by swimmers or pool staff is that chlorine is the ‘enemy’. However, often the enemy is chloramines and an issue of air quality, not water quality. High chloramine levels are a likely sign that the pool is not being managed properly or that the level of disinfection may be compromised.

Automatic, inline disinfection can also assist with minimising the Occupational Health and Safety risks associated with the maintenance and handling of large supplies of toxic chemicals on site. The technology is already operating successfully in many Australian and international luxury hotels, municipal swimming pools, school pools, theme parks and aquatic centres.

When considering the right type of water disinfection for a facility it pays to simply ask for evidence to support a company’s claims. Credible water disinfection companies should be able to provide evidence based data, client testimonials, and show examples of where their systems are in use.