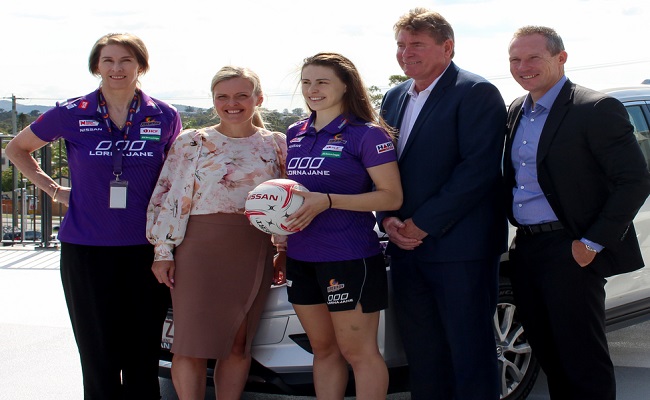 The $44 million venue, located in the suburb of Nathan, is the home of Super Netball team Queensland Firebirds and will stage its first game for NBL basketball club Brisbane Bullets on 1st November.

Nissan has agreed a three-year deal that will now see the venue renamed as the Nissan Arena.

Owned by Stadiums Queensland, the venue is built with a 5,000-seat main sunken show court for major events, but surrounding this on the higher level is seven indoor community courts.

The facility also includes a gymnasium, high-performance training facilities and premium dining and recreation options. These facilities cater to local clubs, through to elite teams across netball and basketball, along with indoor sporting events and entertainment.

“Appointing a naming rights sponsor for this magnificent venue is a key component in our overall venue management strategy.”

Nissan also owns the naming rights for the State Age and the State Titles events that support grass roots netball across Queensland.

Nissan Australia Managing Director, Stephen Lester added “Nissan Arena is the centrepiece of netball in Queensland, and we are proud to be associated with this wonderful new venue and the wide assortment of teams that will call these courts home.

“Nissan is committed to netball. Netball for Nissan is not just about national or Super Netball teams, our focus is on the community. These fantastic facilities will be enjoyed by many athletes of different standards, helping personal development and fostering a further love of the game.”