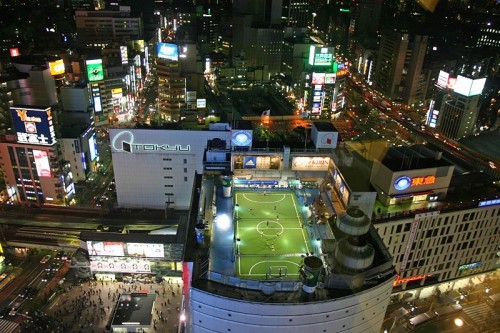 US sportswear firm Nike is facing stern objections over plans to create a 'Nike Park' in the Shibuya area of Tokyo.

Nike plans to turn a small public park into an area for futsal, recreational rock-climbing and skateboarding and has paid local authorities over 17 million yen ($250,000) a year for a decade for the naming rights of the park.

However, the park is currently home to a community of homeless people who live in cardboard and plastic shelters. Ward officials for the park say they have helped homeless people move out of the park in question and more to a nearby site, however, activists say they will prevent locals officials and construction workers from entering the park to develop it.

Activitists object to a public space being let to a private company who have financial goals in mind. Nike says the project is part of its âsocial responsibilityâ work.

Construction work was originally scheduled to have started last September, but was delayed to April and has since been blocked by protesters.

Image: Rooftop futsal facility in the Shibuya area of Tokyo.