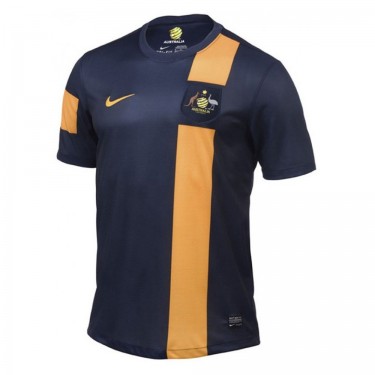 Nike has reinforced its commitment to the future of Australian football, announcing an 11-year contract extension with Football Federation Australia (FFA).

FFA Chief Executive Ben Buckley hailed the long term agreement with Nike as an "overwhelming vote of confidence" in the Australian game.

The FFA stated that the deal not only signifies the largest single commitment of term and financial contribution between an Australian national sporting team and an apparel manufacturer, but is also the biggest guaranteed sponsorship investment for the Federation since its inception in 2004.

Nike's partnership with the FFA commenced in 2004 and this week's renewal marks the third consecutive agreement between the two organisations over nine years.

Buckley added "(the) announcement of an 11-year sponsorship extension represents an overwhelming vote of confidence in Australian football and it's incredibly exciting future.

"It's a powerful symbol of the emerging strength of the game in this country. I thank Nike for their unwavering commitment to Australian football and their substantial investment in the game."

Nike Pacific General Manager Paul Faulkner added "Nike is dedicated to the development and success of the game of football both locally and on a global scale. This renewal solidifies Nike's commitment to the sport in Australia and supports each and every player in the game.

"From the elite level with the Qantas Socceroos and Westfield Matildas, to professional via the Hyundai A-League, to our various grassroots initiatives such as youth teams, The Chance and Manchester United Premier Cup, Nike is focused on ensuring the ongoing success of Australian football."

The deal will see the Nike logo remain on the Socceroos jersey throughout the next three World Cup campaigns and encompasses kits and sponsorship of all national football teams, including the senior womens teams as well as all youth teams.