NHL looks to grow in China ahead of 2022 Winter Olympics 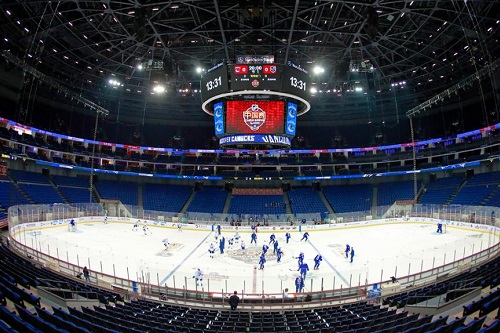 North America’s National Hockey League (NHL) is looking to expand support in China ahead of the 2022 Winter Olympics in Beijing.

Despite preventing its elite players from participating in this year’s Winter Olympics in PyeongChang and not yet committing to the 2022 Games, the NHL is confident that it can expand its presence in China’s fast-growing sport market.

Following in the footsteps of sports such as the NBA, the NHL has a twofold strategy to take the game to China’s 1.4 billion people.

Last year, the Vancouver Canucks and the Los Angeles Kings went head-to-head in the NHL's first game on Chinese soil while this month the iconic Stanley Cup trophy has been touring the nation, even visiting the Great Wall of China.

With the Chinese Government currently investing US$3 billion in infrastructure for the 2022 Games as well as winter sports, the NHL is planning to make regular public appearances as well as backing school programs and coaching clinics.

In addition, the Boston Bruins and Calgary Flames are set to play two preseason games, first in Shenzhen and then Beijing. 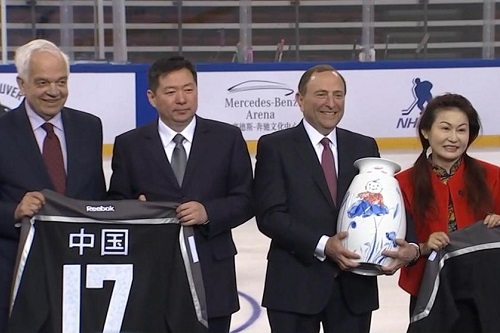 Explaining the desire to tap into China’s growing interest in sport, NHL Commissioner, Gary Bettman, told CNN Sport this week, “we believe that by engaging at the grassroots level and having a regular presence at the NHL level, we can encourage the development and growth of the game.”

However, with China currently having no real ice hockey infrastructure and the NHL’s lack of commitment to the Winter Olympics, the move faces significant challenges.

Speaking about NHL participation in the 2022 Beijing Olympics, NHL Deputy Commissioner Bill Daly recently advised that it is only a “possibility”, stating “we have a couple of years to make that decision.

“What I will say is I don't think it's a critical element to our being able to grow the sport in China.

“There are some synergies associated with that, I'm sure that'll be taken into consideration by our owners at the appropriate time, but I don't think it's an essential."

As for the game’s overall commitment in the nation, David Proper, NHL Executive Vice President of Media and International Strategy recently commented "China is one of the hottest markets in the world. Everyone's trying to get in in one form or another.

Images: The Vancouver Canucks faced the Los Angeles Kings in Beijing last year (top) and NHL and local officials promote the game (below).