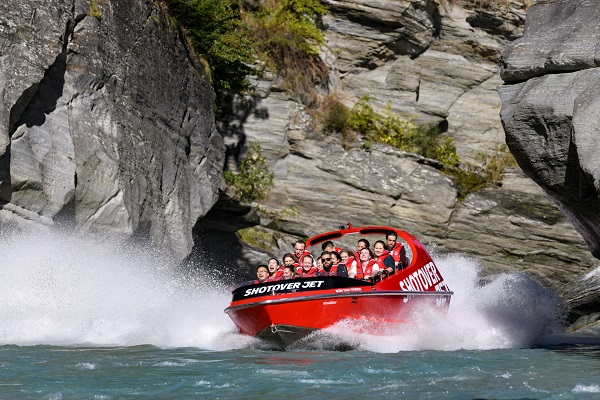 One of New Zealand’s leading tourism operators, Ngai Tahu Tourism, is set to convert one of its petrol-powered jet boats to 100% electric.

New Zealand’s Energy Efficiency and Conservation Authority (EECA) announced on Monday that Ngai Tahu Tourism was one of four projects to receive funding from its Marine Electrification Fund.

Te Runanga o Ngai Tahu Kaiwhakahaere Lisa Tumahai welcomes the support of the government and says this is a significant development for the industry, releasing a statement that advised “Ngai Tahu has been very clear about our commitment to reduce the environmental impact of our businesses. This is the kind of innovation that is going to help us achieve our goal of a more sustainable future, for us and our children after us - mo tatou, a, mo ka uri a muri ake nei.”

Once the electric jet boat trial is successfully completed, Ngai Tahu Tourism will then look to introduce the technology into Shotover Jet, one of the company’s 14 tourism experiences.

Advising that this would make Shotover Jet the first tourism business in the world to operate an electric jet boat, Ngai Tahu Tourism Chief Executive, Quinton Hall stated “this is an exciting step in our journey towards a more sustainable tourism model and we are thrilled to be working with EECA again.

“Starting to reduce carbon emissions with our jet boat fleet makes a lot of sense, with our focus being on finding ways to make the biggest possible impact as we head towards our goal of being carbon zero by 2040.”