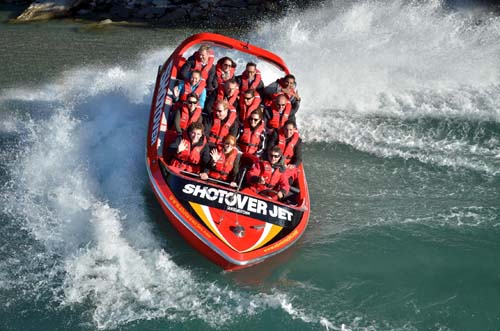 Ngāi Tahu Tourism, one of New Zealand’s largest tourism operators, has announced its commitment to the living wage of $20.55 and increased its minimum wage effective from July this year.

The tourism operator, owned by the Ngāi Tahu tribe, operates some of the most iconic experiences in the country, including Shotover Jet in Queenstown, Franz Josef Glacier Guides and Rainbow Springs in Rotorua, hosting more than one million visitors a year across 13 locations.

Lisa Tumahai, Chair of Te Rūnanga o Ngāi Tahu, says Ngāi Tahu whānau set a high expectation to ensure that the business looks after it workers and operates according to Ngāi Tahu values.

Tumahai explains "Te Rūnanga set a goal to our companies to increase the wages they are offering their staff, so it is great to see Ngāi Tahu Tourism pick up the challenge.

"I hope other tourism companies follow the lead of Ngāi Tahu Tourism.”

Explaining that the change has positively impacted over 200 staff since 1st July, Ngāi Tahu Tourism Chief Executive, Quinton Hall adds “we want all of our people to be paid fairly and at a level which is not only sustainable for our business but also recognises the value that every individual brings to our mahi (work.

"This wage movement is a large investment for our business, but it will make a big difference to our people and their whānau, which is important to us.

"People are at the forefront of our business and our experiences, and we want to ensure we are retaining and attracting great people into the tourism industry, so we can offer world-class experiences to the more than one million customers we host every year."

Over the past three years Ngāi Tahu Tourism has been focused on investing in team members through training programmes, wellbeing initiatives and creating job opportunities.

Ngāi Tahu Tourism will open its 14th attraction, the All Blacks Experience, in Auckland in 2020.