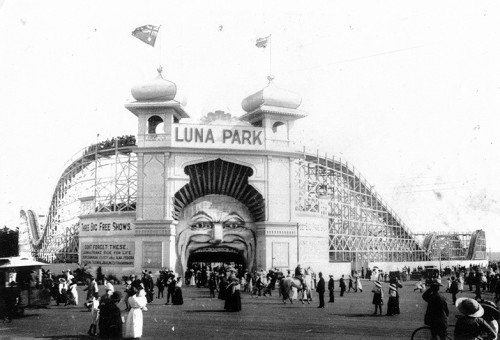 In celebration of the 100th anniversary of the Melbourne's Luna Park in St Kilda, the National Film and Sound Archive of Australia (NFSA) has curated a compilation of historical films featuring this Melbourne icon.

The compilation, which includes moving image of the opening of Luna Park Melbourne on 13th December 1912, will be permanently available for viewing at the Australian Mediatheque at the Australian Centre for the Moving Image (ACMI).

It will also be screened daily on the big screen at Federation Square plaza during December.

The footage includes scenes of St Kilda's esplanade and foreshore when Luna Park Melbourne was being built in 1910; the 1912 opening with tightrope walkers balancing above the park as they entertained the crowds below; as well as images from Sydney's own Luna Park in 1950, and footage of the

Wurstelprater Vienna one of the world's earliest amusement parks taken from the film The Green Cockatoo (Der Gruene Kakadu). 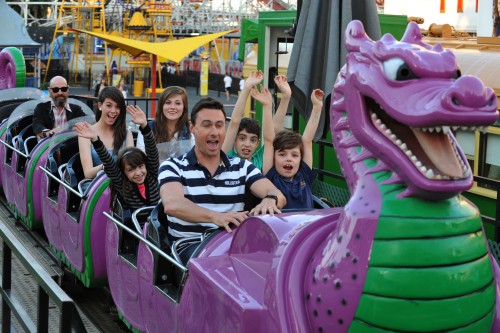 NFSA Collection Access Officer Siobhan Dee explains "in contrast to the sophisticated theme parks that we thrill in today, this collection of films illustrates a time when riding the Ferris Wheel or the Scenic Railway were incredulous new experiences."

The Melbourne Luna Park was based on the original concept built on Coney Island, New York in 1903. It was developed by American showman and entrepreneur J D Williams along with the Phillips brothers, who later brought the Luna Park enterprise to Australia.

Out of the four Luna Parks built in Australia (the other two built at Glenelg, South Australia and Redcliffe, Queensland), only Melbourne and Sydney are still currently in operation.

Luna Park Melbourne celebrates its 100th anniversary this Thursday (13th December), marked by being the cover story in the November/December 2012 issue of Australasian Leisure Management.

The Australian Mediatheque is a collaboration between ACMI and the NFSA.

Opening hours for the Australian Mediatheque are available on the ACMI website at www.acmi.net.au/australian_mediatheque.htm

Images; Luna Park's opening in 1912 (top) and guests enjoying its rides today (below).