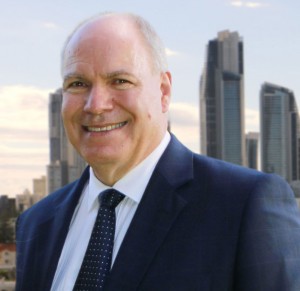 Responding to a report in Brisbane newspaper The Courier-Mail that five senior GOLDOC executives, headed by Chief Executive Mark Peters, will pocket more than $650,000 in ‘retention payments’ now that the Games are over, Beattie denied that the payouts were bonuses, advising that they were “handcuffs” to ensure senior managers did not quit before the Games.

Peters has earned more than $3 million since being appointed Games Chief Executive in 2012 and his ‘retention payment’ is expected to top $300,000.

Beattie advised “payments to senior staff are not bonuses.

“It is a pair of handcuffs started under the LNP when Jann Stuckey was (Commonwealth Games) Minister.

“In the CEO’s case, there was an independent report recommending a pay-rise.

“This was rejected and instead part of his existing salary was retained to keep him until after the Games.

“The retention payment was approved by the current Government so has bipartisan support.”

The payments to the five executives are described in GOLDOC’s annual report as retention payments and are calculated on 10% of each executive’s annual salary for every year of service.

The retention payments were introduced in 2013/14 by the GOLDOC board, chaired by former Queensland Premier Beattie, in a move aimed at stopping key executives leaving before the Games.

Peters had earned more than $2.6 million in the role up until last June and stands to be paid a retention bonuses of more than $300,000 once this year’s salary is taken into account.

GOLDOC Deputy Chief Executive Brian Nourse, whose base salary last year was $302,000, stands to collect a retention payment of more than $100,000.

Sport and Operations manager Nancy Romano, whose base salary last year was $138,000, will also collect a five-figure bonus after just over a year in the job.