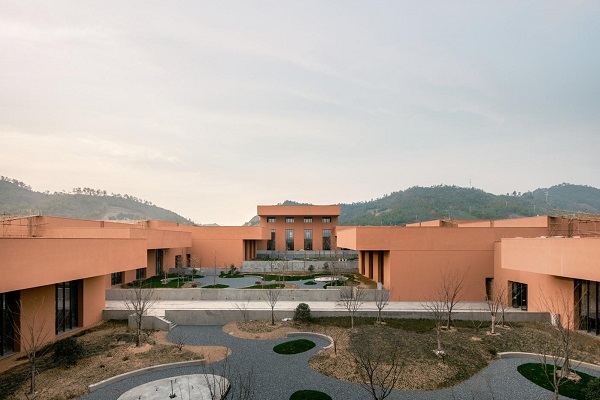 Work on the new branch of the Zhejiang Museum of Natural History, built into a sloping hillside near the city of Chinese city of Hangzhou, is nearing completion and is set to open later this year.

The new museum, the second outlet of the Zhejiang Museum, is the centrepiece of a new cultural district in features eight pavilions, rendered in red ochre in order to match the clay earth of the hillside while the roofs are green to blend into the surrounding countryside when viewed from above.

Designed by David Chipperfield Architects, the museum is and comprises an inner courtyard as well as several low-rise pavilions with exhibition halls and galleries. 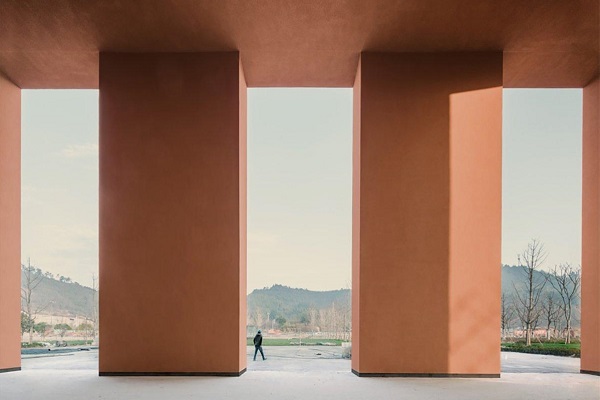 A statement from Chipperfield’s Shanghai-based studio, which designed the museum, advises “the large visitor numbers expected, combined with the scale of some of the exhibits, gave rise to a loose infrastructure of generous circulation and spacious exhibition halls.

“Set at right angles to the slope and staggered horizontally, the pavilions follow the natural topography, negotiating a 12-metre difference in height from north to south, and minimising the impact on the landscape.”

This second branch is located on a hillside site in Anji surrounded by bamboo forest., 175 kilometres south west of Shanghai.