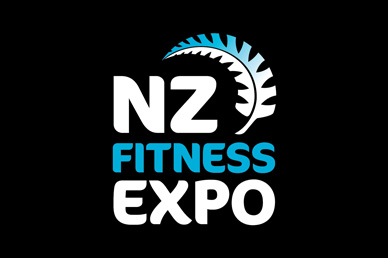 At next month’s 2014 New Zealand Fitness Expo, fitness enthusiasts will have the chance to meet inspirational athletes, witness incredible strength and endurance feats, and test-drive the latest industry innovations.

To be held at at Auckland’s ASB showgrounds on 12th and 13th July, the event’s organisers say this year is shaping up to be even more of a success than last year’s event.

Event Director Michael Richardson explains “the NZ Fitness Expo showcases the best in the business and this year we’ve really raised the bar.

“We’ve got an incredible line up of inspirational athletes, industry leaders and international brands that will inspire you to take your health and fitness to the next level.”

Richardson adds “the calibre of these athletes is outstanding.”

Mutant IFBB Pro Bodybuilder/Powerlifter Johnnie O. Jackson (USA) is also making his first trip to New Zealand to be at the expo to meet fans.

NZ Fitness Expo ambassador and Vodafone Warriors nutritionist Lee-Ann Wann will share her secrets on performance-enhancing foods, and there will be live Q & A sessions with the Expo’s official personal trainer, EHP Labs Josef Rakich.

Away from the stage there’ll be plenty of action. Five fitness-sport championships will push amateur athletes to their physical and mental limits, as they compete for New Zealand titles in the NZ Arm Battle Series, the NZFE Strongman Championship, the Industrial Athletic Invitational (CrossFit), the BSN Athletic Model Competition and new for 2014, the inaugural NZ Grappler Brazilian Jiu Jitsu Team Championship. With junior world deadlift record holder Ethan Foote competing for the strongman title, the 2014 NZ Fitness Expo could even see a new world record.

The 2014 NZ Fitness Expo is attracting international attention, with brands exhibiting from as far away as the USA. Visitors will have the chance to sample the latest products and there will be exclusive NZ Fitness Expo deals on offer from over 70 industry-leading brands, including Reebok, the event’s official apparel partner.

With exciting live fitness demonstrations throughout the weekend, the NZ Fitness Expo is your chance to get motivated by the likes of Les Mills, Zumba, Cityfitness, BoxSlim and Gymstick Muscle, RippleEFFX, Powerhoop and Kangoo Jumps.

The Industrial Athletic Invitational (CrossFit)
NZ’s premiere CrossFit invitational showcasing the best-ranked male and female CrossFitters in the country as they compete across a series of exciting and grueling events testing endurance, skill, strength, power, speed and coordination.

The BSN Athletic Model Competition
44 aspiring athletic fitness models compete for the 2014 title and a one year sponsorship/ambassador contract with BSN (NZ), a global leader in sports supplementation.

Entry tickets can be purchased online at www.nzfitnessexpo.co.nz