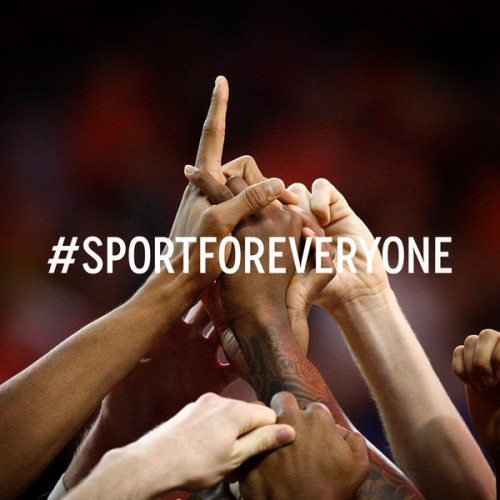 New Zealand's major sporting organisations have made a commitment to establishing a framework for diversity and inclusion within rugby, cricket, football, rugby league, netball, and hockey.

The new Sport for Everyone initiative aims to see each sport introduce policies, programmes and practices that encourage greater inclusion in sport regardless of gender, ethnicity, sexual orientation and ability.

New Zealand Rugby Chief Executive, Steve Tew said the sports-led approach stemmed from a common desire to do more to encourage diversity and inclusion across all sport following the findings of the Out on the Fields research in 2015, the first international study on homophobia in sport.

Tew stated “in working alongside other major sports, we’ve seen that rugby is not unique in the challenges it faces to be considered truly inclusive in terms of gender, ethnicity, sexual orientation and ability.

“This is not about creating a single policy aimed at one particular area of inclusion but teaming up with other sports to get the message across that everyone should be encouraged and be able to participate and enjoy sport without prejudice and in welcoming environments.” 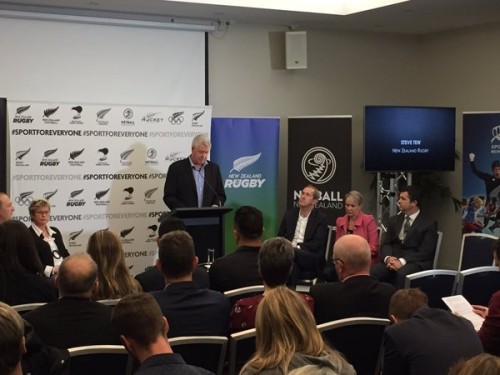 Sport New Zealand, High Performance Sport New Zealand and the New Zealand Olympic Committee have committed to supporting the efforts of the national sporting organisations through their own integrity frameworks, which advocate for an inclusive sporting environment.

In welcoming the initiative, Sport New Zealand Chief Executive Peter Miskimmin stated “sport is part of who we are as Kiwis, and we’re very good at it.

“Our participation rates are among the highest in the world and we produce more than our fair share of winners on the world stage. That love of sport provides many benefits to individuals, to communities and to our society, so it’s important we protect sport from anything that undermines its integrity.

“We probably all recognise the threat of things like corruption, match-fixing and doping, but just as important are things like sideline behaviour, protection of children in sport, good governance and, the focus today, ensuring sport in inclusive. I applaud New Zealand Rugby for their leadership in this space, and all of the sports involved. They have all stepped up to say that sport is important and its value for all New Zealanders must not be underestimated.”

New Zealand Football Chief Executive Andy Martin said the sports involved shared a common view that there was no room for discrimination in the sporting culture of New Zealand.

Martin explained “as well as encouraging greater inclusion across sport, we also want to make it clear that racism, homophobia or any other form of discrimination won’t be tolerated.”

Image: Leaders of New Zealand's major sports at the Sport for Everyone announcement.

The statement from the sports can be read here:

The National Sporting Organisations and representative bodies listed below are committed to developing and implementing policies, programmes and practices that encourage greater diversity and inclusion across sport, be that in terms of gender, ethnicity, sexual orientation and disability and advance the eradication of discrimination from sport. This Commitment and subsequent policies and education programmes will be made available to all National Sporting Organisations in New Zealand to adopt if they choose.

The respective sporting organisations recognise that diversity and inclusion means that anyone should be encouraged and able to participate and enjoy sport without prejudice and in a welcoming and inclusive environment.

Each organisation is committed to establishing and maintaining programmes that seek to increase diversity and inclusivity across their sport and will work collaboratively to share information, experiences and understanding of related areas of focus for the wider benefit.

By working on targeted priorities and strategies within their own sporting environments and by collaborating across all sports those involved will ensure meaningful activity is undertaken to improve inclusion, promote diversity and eliminate discrimination within the sporting culture in New Zealand.

Sport New Zealand, High Performance Sport New Zealand and the New Zealand Olympic Committee have committed to supporting this work through their own integrity frameworks, which advocate for an inclusive sporting environment.

In embarking on this project the organisations involved are cognisant of the important role of sport in New Zealand, and the potential for sport to promote and lead important social change across New Zealand society generally.

In outlining this commitment, we are appreciative of the support received to date from various stakeholders and organisations who have freely shared their knowledge, expertise and experience.

We also recognise the proactive collaboration that has already taken place across our various sporting codes with a clear common commitment to enabling real social change throughout New Zealand.

We are confident that the collective efforts of sporting organisations across New Zealand will deliver far reaching outcomes for generations of New Zealanders to come, ensuring sport is truly for all.