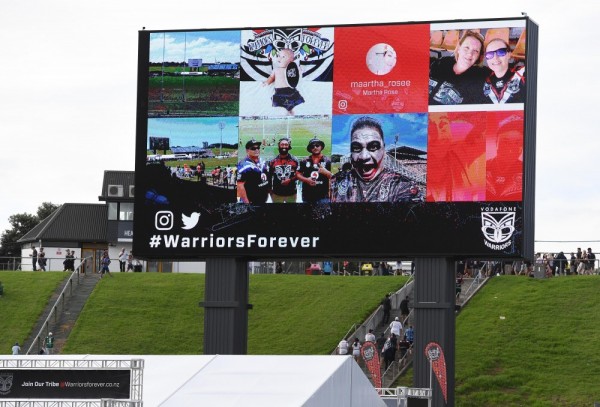 Fans of the Vodafone Warriors were the first to sample Mt Smart Stadium’s new giant big-screen which had its debut at the Regional Facilities Auckland (RFA) venue on Sunday 5th March.

The Warriors’ NRL season opener against the Newcastle Knights doubled as the opening performance of the new LED high-definition screen located at the northern end of the ground, and it came through successfully.

The new 212 metre² screen is the largest permanent stadium screen installed in New Zealand, and nearly five times the size of the temporary screens previously used at Warriors matches at Mt Smart Stadium.

Nisbet explained “we expect this will give a massive lift to the fan experience at Mt Smart Stadium, alongside the other improvements we are making at the venue.

“We have had a block-buster summer of concerts, with several big names still to come, and now the Warriors have launched into their NRL season with a new audio-visual experience for fans.”

An added benefit is that the installation of a permanent screen now removes the significant cost and inconvenience of installing temporary screens for each New Zealand Warriors home game.

“We are always looking for ways to improve the game day experience for our sponsors, members and fans and this will undoubtedly do just that.”

The contract for the screen and installation was awarded to Auckland-based Monstavision/Techfront with the screen being manufactured by Daktronics in the United States, utilising the latest LED technology which provides wide viewing angles for fans in all parts of the ground. 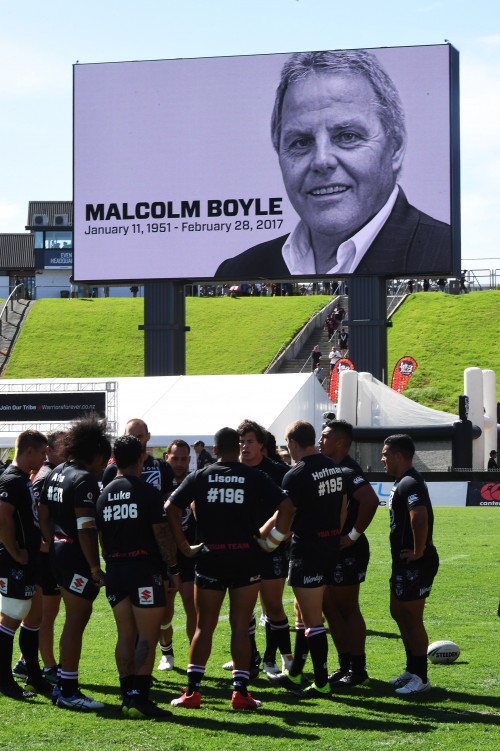 Monstavision/Techfront’s National Sales Manager, Murray Wright, said the installation of the giant screen was one of the biggest challenges the specialist LED sales and rental company had tackled. However, the project went smoothly, and the screen’s debut highlighted the quality of the Daktronics LED technology. This installation is another highlight for the company which has long standing relationships with New Zealand’s major sports organisations and stadiums.

The opening of the NRL season continues what will be one of Mt Smart Stadium’s busiest ever years following major concerts by Coldplay (December) and Bruce Springsteen (February) with Justin Bieber (18th March) and Adele (23rd, 25th and 26th March) still to come.

Nisbet added “we are committed to maximising the use of Auckland’s publicly-owned facilities and ensuring Auckland ratepayers get value from the investment in our network of stadia.

“Mt Smart Stadium continues to attract great sport and entertainment events. These enhancements will support sport and event promoters and add to the experience of their spectators in the coming years.”