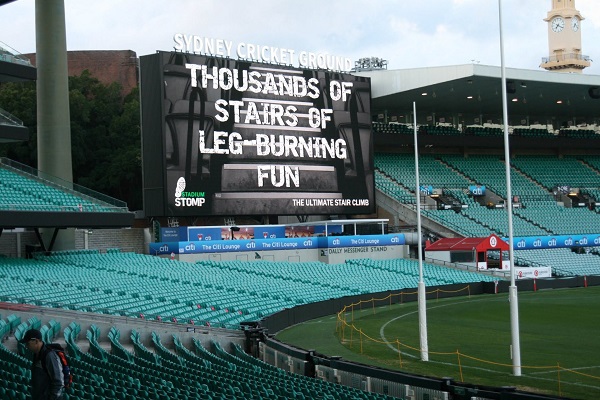 After a three-year break New Zealand’s biggeststair climb, Stadium Stomp, is returning to Eden Park offering a revised 5,000-stair course ending with a finish line on the ground's famous turf.

Advising that the event’s return to New Zealand’s largest stadium on Saturday 4th April has been much awaited, Stadium Stomp founder Susie King advised "Eden Park is a fantastic sporting and entertainment venue that puts the spectator experience first. The premise of Stadium Stomp is to use the venue in a fun and unique way – instead of sitting in the grandstands to spectate, the grandstands become the challenge, creating the greatest stair climb challenge Auckland has ever seen.”

Many people signing up are choosing to fundraise for Leukaemia and Blood Cancer New Zealand; the official charity partner for Stadium Stomp. Participants can enter as a team or as an individual.

Eden Park Chief Executive Officer Nick Sautner says the event is a popular mix of health, wellbeing and coming together with friends and family to work out in the same atmosphere that some of the country’s best athletes have faced.

Sautner stated “we’re looking forward to welcoming this innovative event back to Eden Park to provide participants with a great way to challenge themselves and also experience New Zealand’s national stadium like never before."

The event sees participants follow a stair climbing course throughout the venue's grandstands, choosing between a challenging 5,000-stair full course, a 2,000-stair junior course (five to 11 years), or for the super fit, the Unlimited category where participants can keep “stomping” and repeat the course as many times as they can within the event time frame, making this the biggest stair climbing event in New Zealand. 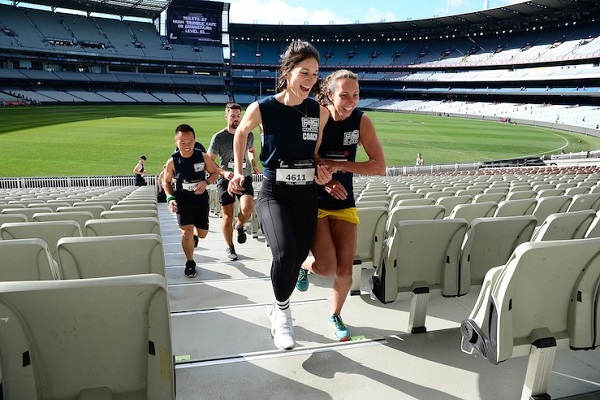 There will be rest stops, where participants can kick back in their favourite seat, plus drink stations and music to keep Stompers focused and energised before crossing the line and receiving a finisher’s medal.

Stadium Stomp is not timed. It’s not a competition or a race, but a test of stamina and personal achievement for anyone who wants to challenge themselves, get fit and have fun. Participants choose their own start time when they register online. The first wave is 8:30am, with wave times every 15 minutes until 10:45am.

Anyone 12 years and older can enter with a team or as an individual. Junior Stompers (ages 5-11 years) must be accompanied by a registered adult in the exclusive Junior wave at 10:45am.

Spectators and cheer squads are actively encouraged and can view the event free of charge in the designated Spectator Viewing area on the day.

King adds “we’re really encouraging the community to get behind this event for fun, fitness and charity."

Stadium Stomp supports official Charity Partner, Leukaemia and Blood Cancer New Zealand (LBC), and although not mandatory, participants are encouraged to make every step count and fundraise for this charity, or alternatively a cause close to their heart.

This year will also see Stadium Stomp events held at the Adelaide Oval, Brisbane's The Gabba, the Melbourne Cricket Ground and the Sydney Cricket Ground.

For more information go to www.stadiumstomp.com