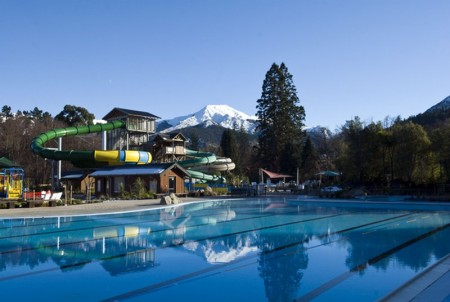 The annual Aquatics Industry Awards are organised by NZRA to encourage development and recognition within the industry. Two other prizes were also presented – the Lifeguard Team Award and the Innovation in Aquatics Award.

NZRA Chief Executive Andrew Leslie said Burr, who works as a seasonal pool supervisor at the Gore Multisports Complex and Mataura Pool, was judged to have made the most significant contribution to her facility and the aquatics industry.

Leslie explained “Donna is an outstanding lifeguard and instructor, but it was her passionate devotion to the local community that made her the most deserving person for this year’s award. She has a reputation for giving 150% to the job and is known for her dedication, loyalty and creativity.”

Last year when challenged by the local fire brigade she developed a unique programme of high intensity ‘Activ8’ aerobics classes – a hard core class which puts participants through their paces.

The competition, which has been won by the Auckland team for the past four years, is designed to test skills lifeguards have developed in their training as well as how they respond to emergency scenarios they could experience in day to day work.

Leslie said the Wellington team demonstrated the high quality and expertise of lifeguards in New Zealand.

The Innovation in Aquatics Award was presented to Hanmer Springs Thermal Pools and Spa for their creative use of the energy contained in thermal water. The pools’ two award-winning initiatives involved using thermal energy to heat its new changing rooms, and the use of special irregular shaped pool covers to conserve heat in the pools overnight. The project has resulted in a combined savings over the last 12 months of 431,914 kilowatts of electricity, $77,744 saved and saved 100 million litres of thermal water.

Leslie concluded "the awards not only provide an opportunity to recognise outstanding individuals and organisations, they are a great way to encourage continuous improvement in our aquatics industry.

“All of this year’s winners have made an outstanding contribution, not just at their facility, but to the aquatics industry in New Zealand."