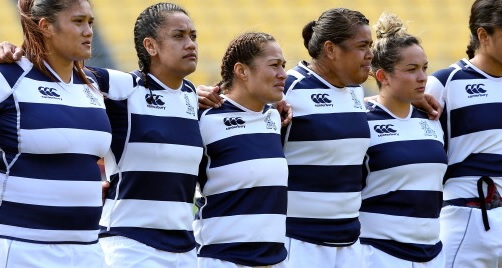 More girls and women are picking up a rugby ball and running with it, and total player numbers remain strong, according to New Zealand Rugby’s (NZR) 2015 rugby registration numbers.

Anderson stated “city and rural, north and south, in every corner of New Zealand rugby remains popular. We saw recently how our national game unites the country. It’s been a very special year.”

Anderson said it was an exciting time for women’s rugby with the Blacks Ferns and New Zealand Women’s Sevens winning on the world stage and the talent pool growing at grass roots level, adding “our Women’s Rugby Strategy has ambitious goals and we're on our way to achieving our target of 21,000 female players by 2021.

“Rippa Rugby, a non-contact form of the game played by both boys and girls, is growing in popularity and encourages young girls to take up the game.

“We’re working hard to make sure they have opportunities to play as they move into high school and beyond.”

Anderson said the All Blacks recent Rugby World Cup win and the country’s reaction to it demonstrated how deep Kiwis’ love of rugby was.

He concluded “we're aiming to turn that support into more men, women, teenagers and kids signing up to play in 2016.

“We had an increase in 2012 after the All Blacks Rugby World Cup win and we hope to repeat that next year. With sevens in the Olympic Games in 2016, it’s an exciting time for our national game.

“But we need to make sure we continue to get the basics right – high quality coaching and refereeing, and great experiences for everyone involved.”

New Zealand Rugby by the numbers: