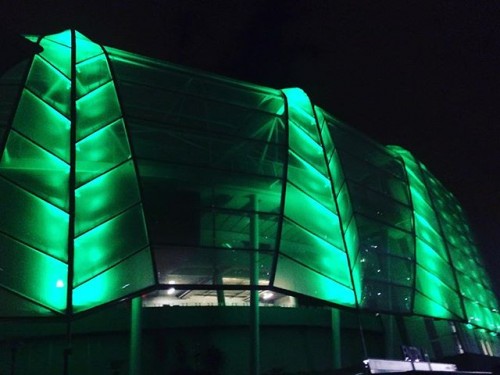 Marking Ireland’s national day, over 240 sites around the world, including stadiums, statues, castles and towers, become bathed in green illumination as part of an Tourism Ireland initiative.

In New Zealand, the Global Greening begins with the very first icon to go green for St Patrick’s Day, the Auckland Sky Tower.

Eden Park’s greening is particularly significant given St Patrick’s Day is the eve of Ireland playing England in the final match of the 6 Nations Rugby tournament. All Black supporters are willing that the luck (and skill) of the Irish will prevail and thus prevent England from breaking the All Blacks’ record of consecutive wins.

Guy Ngata, ‎Eden Park’s Chief Executive Officer comments “Eden Park is delighted to share in the celebrations of St Patrick’s Day. We have always enjoyed hosting Ireland and their passionate supporters at the ground.”

This year is a very big year for Irish rugby with the hosting of the Women’s Rugby World Cup in August as well as bidding for the 2023 men’s Rugby World Cup. The bid for the RWC 2023 is based around Ireland’s passion for sport; a reputation for hospitality; and iconic and world-class venues, just a few hours apart.

Other global sites which will go green include: the London Eye, Nelson’s Column in London, Selfridges department store in London, the Colosseum in Rome, the Leaning Tower of Pisa, Burj al Arab in Dubai, the Roue de Paris, the ‘Welcome’ sign in Las Vegas, Niagara Falls, the Empire State Building in New York, and the Great Wall of China. 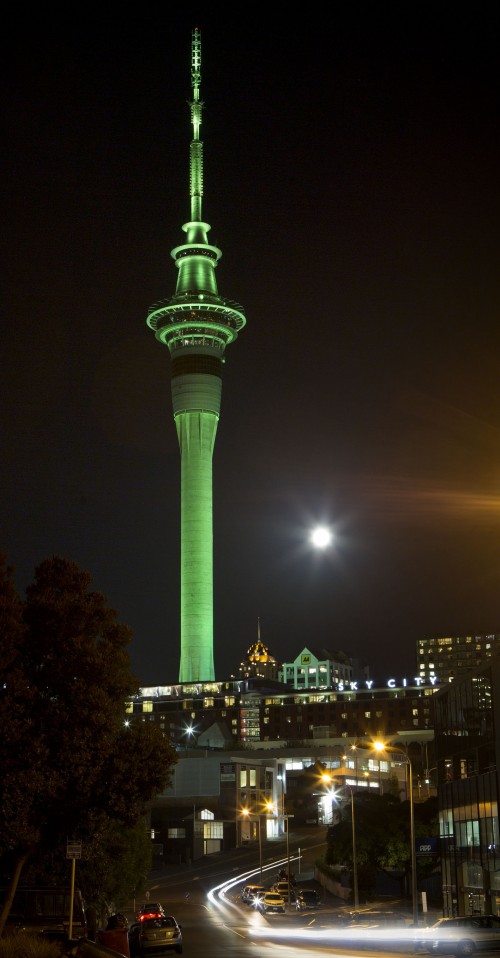 Tourism Ireland Chief Executive Niall Gibbons added “this is the eighth year of Tourism Ireland’s Global Greening initiative and each year I am delighted to see even more well-known attractions and landmark sites wishing to get involved.

“The eagerness of cities and countries everywhere to take part underlines the strength of the deep connection that people all over the world feel to Ireland. More than 70 million people around the world claim links to the island of Ireland and St Patrick’s Day is a truly unique opportunity to reconnect them with their heritage.”

Tourism Ireland’s unique global campaign kicks off the organisation’s first half promotional drive to grow overseas tourism in 2017. The island of Ireland receives over 30,000 visitors from New Zealand annually.