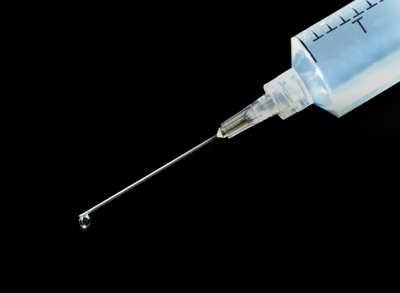 Tough new anti-doping rules come into force on 1st January next year which will see athletes who use performance enhancing drugs face longer bans from all sport.

Welcoming what he sees as a move that will better protect clean athletes, Drug Free Sport New Zealand Chief Executive Graeme Steel explained "these new rules are powerful and far-reaching and will ensure that those who set out to cheat are removed from participating in sport for longer periods.

“New Zealand has proud tradition of clean sport and Drug Free Sport NZ works hard to ensure that tradition is maintained and continued. We believe these new rules are a significant step forward in the fight against doping in sport,” Mr Steel says.

Key changes introduced as a result of the new World Anti-Doping Code include:

• Longer bans of up to four years for a first offence for those who dope intentionally
• Penalties for athletes who associate with anyone who has previously committed a doping offence
• Sanctions for those who help to cover-up doping
• An extension of the anti-doping rules to cover athlete support personnel.

Steel believes that "the introduction of longer bans sends a clear message to athletes that intentional doping will not be tolerated.

"Bans of this length could effectively end an athlete’s sporting career so they take a huge risk if they choose to dope."

He adds that those who support athletes will also need to be aware of the rule changes because they are now bound more clearly by the anti-doping rules and can face penalties if they break the rules, stating "it’s vital that everyone involved in sport is committed to being drug free and this includes those supporting athletes like coaches, trainers (and) physiotherapists.

"There’s no level playing field if we don’t have everyone on board and following the rules.”

Other changes that have been introduced include a greater focus on investigations and intelligence to identify doping and target testing.

New Zealand Sport and Recreation Minister Jonathan Coleman also welcomes the changes, adding "New Zealand is committed to the global fight against doping in sport and we are pleased to see that the anti-doping rules have been strengthened to be tougher on those who intentionally cheat.

“There is no place in sport for drug cheats and I am confident that these new rules will help to better protect our clean athletes. These changes also provide a better framework for Drug Free Sport New Zealand to target and catch those who dope and those who assist and help them to dope.

“These new rules will mean changes for many involved in sport so it is important athletes and those who support them take the time to familiarise themselves with the new rules and what they need to do to comply.”

More information on the new rules and the World Anti-Doping Code 2015 can be found on the Drug Free Sport NZ website www.drugfreesport.org.nz.