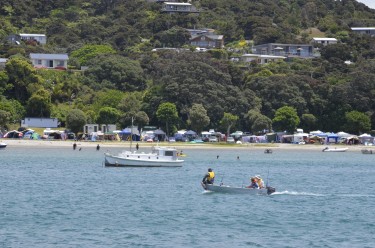 Holiday parks are reaping the benefits of the great holiday weather, starting the New Year with record-equalling confidence levels.

According to the Holiday Parks Business Confidence Monitor for December 2014/January 2015, confidence is back to its highest point at +83, up 11 points on this time last year and equal to that recorded going into the Christmas holiday period during October/November 2014.

This confidence level indicates that 83% of respondents are currently more optimistic than pessimistic.

Demand for December 2014/January 2015 compared to the same month last year increased nine points from November/December 2014. 63% of members surveyed thought demand had increased, 19% believed it had decreased and 15% saw no change.

Demand for the coming month compared to the same time last year is also relatively high at +49. 57% of holiday park owners are expecting demand in December/January to exceed last year’s levels, 30% expect no change, while only 8% are predicting a decrease in demand.

HAPNZ Chief Executive Fergus Brown explains “with confidence for the next 12 months also at +83 and demand for the coming month strong, we expect results to be up again in January/February 2015.”

Members attribute the relatively strong demand for the coming month to the country’s weather conditions, the appeal of holiday parks in general and the appeal of their region.

However, the strength of the New Zealand dollar is having an impact, with holiday park owners highlighting exchange rates as a factor negatively affecting demand, along with freedom camping.

Brown adds “the continuing fall in the price of petrol is making a break away that much more affordable for Kiwi holiday makers and offsetting some of the exchange rate impacts for international guests.

“Both Auckland anniversary weekend and Waitangi Day are popular times for families to get away and have a break before the school year commences.”

* Angus & Associates is a premier supplier of marketing, research and strategic planning services. They are focused on delivering informed insights for a range of private and public sector clients, particularly within the tourism and leisure sectors.

17th May 2011 - IMPROVING PERFORMANCE IN THE NZ VISITOR INDUSTRY