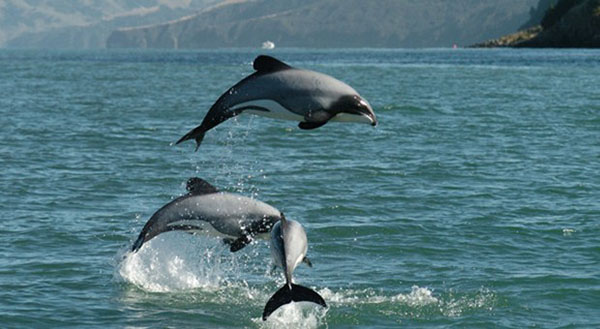 The New Zealand Government is taking action to expand and strengthen the protection for Māui and Hector’s dolphins with an updated plan to deal with threats to these native marine mammals.

Releasing proposals for consultation for a revised Threat Management Plan to protect the Hector’s and Māui dolphins, New Zealand Minister of Conservation Eugenie Sage stated "these precious dolphins are New Zealand taonga. We need to act now to ensure their populations increase and both species thrive.

“The proposals include options for a significant expansion of the areas of ocean free of set nets and trawl nets to protect dolphins from the risk of bycatch in fishing nets. They are based on the best available science, New Zealand and international expertise.

“This information makes it clear that the risks of bycatch to dolphins have reduced in areas where there are restrictions on set netting and trawling."

New Zealand Minister of Fisheries Stuart Nash also advised “the Government recently announced that cameras were being placed on commercial fishing vessels operating in the areas of highest risk to Māui dolphins. The proposals in the new Threat Management Plan are part of a wider and ambitious programme of change in fisheries management this year.

“Together, they provide for the long-term protection of Hector’s and Māui dolphins and address a wide range of threats. The document recognises the need to carefully balance the proposals to protect dolphins, against the impact the changes could have on people and their livelihoods.

“The scientific risk assessment has been through multiple rounds of peer review, including by an international panel of experts, and it draws on a range of new information. Combining the latest data and expertise means this is the most comprehensive and robust assessment to date of the risks to the dolphins."

The discussion document identifies other threats that need to be dealt with to protect the dolphins; including toxoplasmosis and sub-lethal threats such as seismic surveys and seabed mining. It includes options ranging from requiring compliance with the Department of Conservation code of conduct for seismic surveying in New Zealand’s five marine mammal sanctuaries set up to protect Hector’s and Māui dolphins to prohibiting seismic surveys and seabed mining within the sanctuaries.

The proposals also include the Department of Conservation developing an action plan to deal with toxoplasmosis, a disease that can affect dolphins and other marine mammals, by targeting research to answer knowledge gaps, enhancing education for cat owners and advocating for riparian and wetland restoration.

A moratorium on commercial tourism permits targeting Māui dolphins is also proposed to minimise the disturbance to the dolphins from boats.

Minister Nash added “there’s keen public interest in protecting the dolphins, with many articulate letters from young people coming into our offices. Now there’s a chance for public feedback to help us improve these proposals."

Minister Sage concluded "we know people are passionate about marine mammals and there are a wide range of views out there about the best way to protect them. I encourage everyone to share their thoughts and make a difference."