New Zealand Government commits to cleaning up its polluted waterways 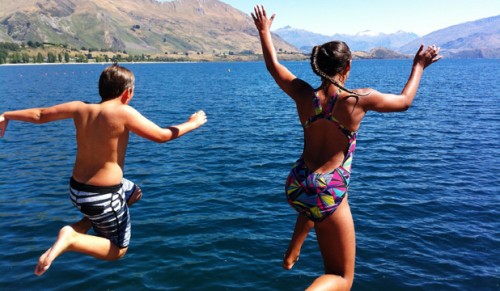 The New Zealand Government has announced an ambitious plan to clean up the country’s freshwater lakes and rivers, after years of pollution have made many of them unswimmable.

Announcing an action plan for freshwater sources this week, New Zealand Environment Minister, David Parker stated “our rivers, lakes and wetlands are under serious threat after years of neglect. We can’t continue to go on like we are

“If we don’t fix things now they only get worse and will be more expensive to fix.”

According to the Environment Ministry, two-thirds of all rivers are unswimmable and three-quarters of New Zealand’s native freshwater fish species are threatened with extinction with cow effluent and fertiliser run-off big contributing factors

Currently New Zealanders are encouraged to check local council websites for public health warnings before heading out for a day on the water.

In addition, contaminated drinking water is not uncommon, with 5,000 people falling ill and four dying in 2016 after sheep faeces contaminated the Havelock North’s water supply.

Under the new plans the New Zealand Government is aiming to “achieve a noticeable improvement in five years and restore our waterways within a generation”.

Immediate interim controls will be introduced on land intensification until councils around the country have freshwater protection plans in place by 2025. Higher water quality standards will be introduced for swimming spots, and farmers will be required to cease “risky farm practices” that pollute waterways, such as letting cows stray into waterways.

From mid next year changes such as new irrigation or conversion to dairying will only happen where there is evidence it will not increase pollution, and in catchments with high nitrate levels farmers would be required to take immediate action to reduce excessive leaching.

$229 million has been set aside to help farmers transition to more environmentally friendly farming practices. However, farming industry representatives are unhappy, saying the sector has been thrown “under a tractor”.

Declining water quality has coincided with a boom in New Zealand’s dairy industry, the biggest exporter in the world. Cow effluent and fertiliser run-off are significant polluters of inland waterways, as are beef, sheep and deer farming. Deforestation and the extensive clearing of native wetlands have also played a significant role in the degradation of water quality.

According to the National Institute of Water and Atmospheric Science, there is no doubt that the growth in pastoral farming, particularly dairy, is the main culprit for declining river water quality over the last 20 years.

Farmers counter by saying they’re being pushed out and their livelihoods overlooked.

Federated Farmers environment and water spokesperson, Chris Allen advised “it becomes very hard to continue economically farming animals or growing vegetables under a regime like this.”

According to a recent poll, water pollution is now New Zealanders’ number one concern, with 82% of respondents saying they wanted tougher protections for waterways, ranking it as a priority above the housing crisis, the rising cost of living and child poverty.