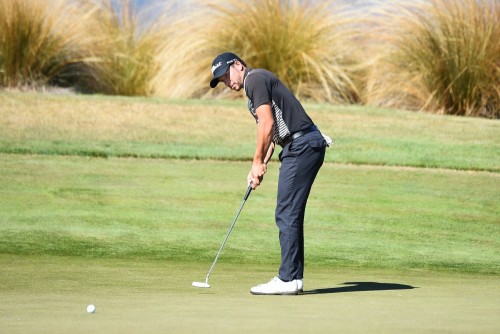 The New Zealand Government has announced a funding commitment of $5.5 million of government funding over the next three years to back two major golfing events.

Through the Major Events Development Fund $2.7 million will be committed to New Zealand Golf to support the hosting of the McKayson New Zealand Women’s Open from 2017 to 2019.

A joint announcement of the funding was made today by New Zealand Economic Development Minister Simon Bridges and Sport and Recreation Minister Jonathan Coleman.

Minister Bridges stated “these tournaments bring top-ranked international golfers to New Zealand, creating an opportunity to showcase our country to a global audience, including key tourism markets such as the US, China, Japan and Australia.

“Golf tourism in New Zealand is already thriving. It is estimated that over 61,000 international visitors played golf in New Zealand last year and contributed around $329 million to the economy.

“For the first time the New Zealand Women’s Open will be sanctioned by the LPGA, meaning we will be able to attract some of the best players in the world, as well as a large number of their supporters and fans.”

New Zealand Open organising committee Chairman John Hart said he was "delighted" the government was continuing their support, commenting “we're delighted that the government has seen fit to continue its support of the tournament.

"The government has been in from the start and obviously we've worked hard to deliver the value to the government in terms of the tourism and trade opportunities, and it's probably justification for what we've done with the tournament."

Dr Coleman added “this is a chance for New Zealand to see our very own Lydia Ko take on some of the best players in the world right here at home.

“With the Royal Wellington Golf club hosting the Asia-Pacific Amateur Golf Championship in 2017, the New Zealand Open in Queenstown and now a LPGA tournament at the newly built Windross Farm Golf Club in Takanini, Auckland, we are building New Zealand’s reputation as a destination for world class golf events and golf tourism.”