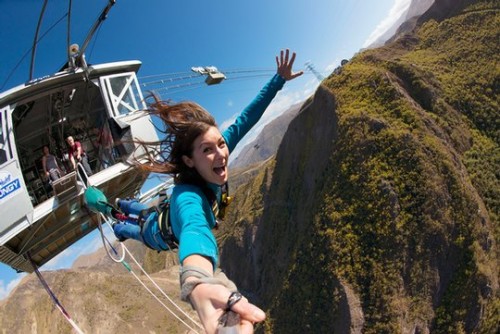 Adventure tourism innovator AJ Hackett Bungy is being backed by a $500,000 grant from the Ministry of Business, Innovation and Employment (MBIE) to develop a world-first adventure experience In Queenstown.

The grant, which is covering development costs, is being provided from the Tourism Growth Partnership fund - which recognises innovation to grow New Zealand's international visitor market.

AJ Hackett Bungy has spent the past 18 months developing the new extreme experience which has a working title of the ‘Nevis Thriller’.

Nevis is home to New Zealand's highest bungy and swing 134 metres above the Nevis River.

The new attraction is being described as a world first which "promises to push people to the limits in a way not previously experienced".

van Asch added that MBIE grant is covering less than a quarter of development costs.

He went on to state that making the attraction "extremely safe" was essential, commenting “until we're totally satisfied that is the case, which we are very close, we won't be releasing any further specifications."

The Nevis Thriller is due to open early next year.