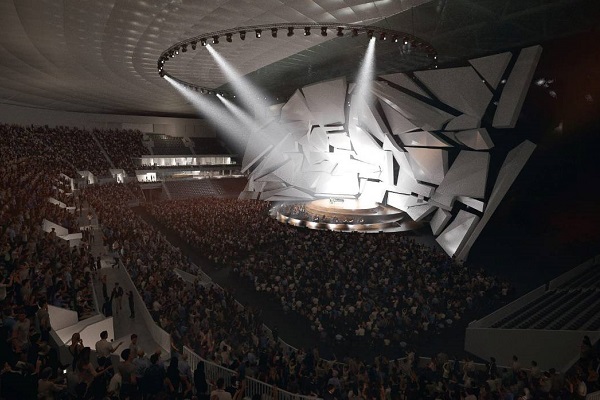 The regeneration of central Christchurch has this week reached another major milestone, with the New Zealand Government approving its NZ$220 million contribution to the city’ new multi-use stadium.

With the new 25,000-seat roofed set to cost NZ$473 million, the Crown’s contribution will be made via the Christchurch Regeneration Acceleration Fund (CRAF) with Christchurch City Council to contribute the remaining NZ$253 million.

The development comes after the Council last month announced that it is seeking directors for a new company which will oversee the development of the stadium.

Mayor Dalziel stated “it means we can push ahead with the detailed site investigation work and remove old underground services so that when the main works contractor is appointed, they can hit the ground running.

“Both the Crown and the Council want this project to progress as quickly as possible. Our goal is to get construction under way next year so the arena can open in 2024, allowing Christchurch to reclaim its position as New Zealand’s sporting and cultural capital.”

Greater Christchurch Regeneration Minister Megan Woods, said approving the stadium investment case "demonstrates a strong signal the Crown has confidence in the project and its importance to regeneration.”

Minister Woods went on to say “the arena, once completed, will spark and develop business confidence and growth by drawing people into the central city."

The new venue will be built on a Crown-owned block of land between Madras, Barbadoes, Hereford and Tuam Streets in the Christchurch CBD. The land was bought by the Crown for an as yet-undisclosed price.

The Council hopes to begin enabling works later this year, with construction to begin in 2021 ahead of completion by 2024.

When complete, the new venue will be able to hold up to 36,000 people for concerts with a standing area. Another 5,000 temporary seats could be added in the future, if funding for them was found.

The chosen stadium option is budgeted to cost NZ$104.9 million to run over 30 years, of which NZ$92.7 million would be funded by stadium income, with an annual $4.2 million contribution from the Council.

Image: An artist impression of a concert at the new Christchurch stadium. Courtesy of Christchurch City Council.