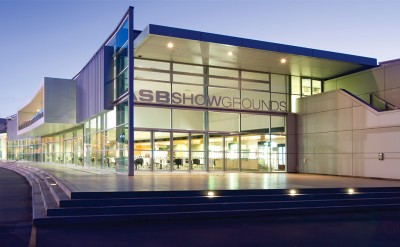 New Zealand’s largest annual showcase for the business events industry gets underway in Auckland in the coming days.

Explaining that 190 exhibitors from 18 regions around New Zealand will be on show to over 600 event organisers this year, CINZ Chief Executive Sue Sullivan states “hot topics for discussion this year will be the planned new convention centre facilities for Auckland and Christchurch.”

CINZ Meetings 2015 has attracted record numbers of international conference and incentive organisers brought to Auckland ith the support of Tourism New Zealand (TNZ) and Air New Zealand. They include over 50 hosted buyers from the growing markets of China, India, South-East Asia and North America, and 97 from Australia.

Event organisers attending Meetings 2015 are at record numbers too, with 90 hosted from around New Zealand, as well as over 350 expected from Auckland over the two-day event.

Auckland’s waterfront will also be the scene for two evening events, with a welcome function at Hilton Auckland on 9th June, and the Meetings finale at Shed 10 on 11th June.

Sullivan adds “we are also giving our hosted buyers and international industry media a chance to experience New Zealand for themselves on specially hosted regional tours.”

Seven regions – Hamilton and Waikato, Rotorua, Taupo, Wellington, Christchurch and Canterbury, Dunedin and Queenstown – are hosting 60 Australian buyers on familiarisation tours for the weekend prior to Meetings. Other international buyers will tour the regions with Tourism New Zealand after the event.

CINZ Meetings 2015 is open to anyone who organises business events, conferences, meetings, exhibitions and incentive travel.

Registration is free at www.meetings.co.nz/daybuyer