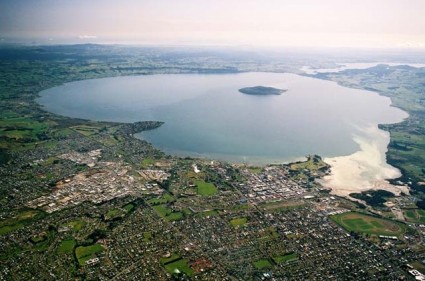 Announced in advance of the budget by Prime Minister John Key at this week’s TRENZ Conference in Rotorua, the Government will be putting $350,000 towards the development of a new spa complex on Rotorua’s lakefront, and $1.5 million towards a new exhibition at Blenheim’s Omaka Aviation Heritage Centre.

Commenting on the funding, Prime Minister Key stated “tourism is a significant part of our economy and a major employer.”

The $32 million contestable Tourism Growth Partnership fund aims to boost innovation and productivity in the tourism sector. For each project approved for investment, the Government provides up to 50% of the required funding.

Prime Minister Key says government has now invested $8.1 million in 15 projects, in addition to the applicants’ contributions of $39.2 million, giving a total $47.3 million investment in the tourism industry.

“The centre will be expanded to include a WWII hangar exhibition, which will also serve as a function centre capable of catering of up to 500 guests.

“The Rotorua District Council has set a goal of 1.5 million commercial spa visits yearly, and the development of this new spa complex will certainly help with achieving that goal.”

The New Zealand budget has included a less welcome measure with a surprise plans to impose a travel tax on New Zealanders and international visitors.

When implemented next January, tourists to New Zealand can expect to pay an extra $16 (US$11.80) when arriving and another $6 on departure.

Monies raised will apparently be used to fund border clearance procedures for passengers and crew.

Criticizing the move, Tourism Industry Association New Zealand (TIANZ) Chief Executive Chris Roberts says the Government has previously supported TIANZ’s objections to the British and Australian versions of a travel tax, but has now followed suit with in the budgeet announcement.

“They are already making a substantial contribution and there is no justification for this new tax.”

Roberts cites similar taxes imposed in other countries having a dampening effect on travel.

Image shows Lake Rotorua. The World Spa project will be built on its waterfront.