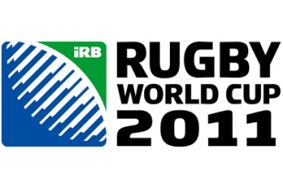 The 2011 Rugby World Cup attracted over 133,000 international visitors to New Zealand and had a short-term economic impact of NZ$1.73 billion (US$1.46 billion), according to a New Zealand Government report.

In addition the the 2011 Rugby World Cup seeing the host nation triumph on the field, the Government's report shows that the event had a short-term impact of $1.73 billion between 2006 and 2012 on the national economy, and sustained the equivalent of 29,990 jobs for the duration of one year.

The tournament's 133,000 international visitors were more than double the initial estimates, with well over a third coming from Australia, with these visitors spending around $390 million.

New Zealand Sport and Recreation Minister Murray McCully said the World Cup provided an "unforgettable experience for international visitors and proved to the world that we can successfully host major global events."

"The legacies of RWC 2011 include positive visitor experiences, new business connections, improved infrastructure, and greater interest in volunteering. Importantly, an understanding of the planning and operational excellence required to deliver major events is now embedded here, and is already being applied to preparations for the Cricket World Cup and FIFA Under-20 World Cup in 2015, and the World Masters Games in 2017."

The report comes after World Cup organisers stated their satisfaction after being able to slash 20% off projected losses from staging last year's tournament.

Organisers faced several notable challenges in the build-up to the tournament with the deadly Christchurch earthquake forcing the switch of seven games less than six months before kick-off. RNZ 2011 also had to cope with the effects of the global economic downturn.

Welcoming the report, Rugby World Cup Limited Chairman Bernard Lapasset stated "this report is a further strong endorsement of New Zealand's exceptional hosting and the Rugby World Cup brand. The tournament is a low-risk, high-return event that proved to be good for rugby worldwide and good for New Zealand. We now look forward to Rugby World Cup 2015 and an event that will boost rugby in England, Europe and continue to enhance rugby's position as a major global sport and Rugby World Cup as one of the 'must-see' events."