New Zealand aims to be Predator Free by 2050 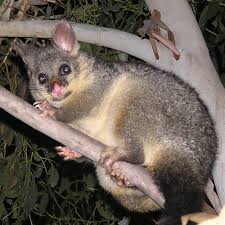 Explaining the move to rid the nation of rats, possums and stoats, Prime Minister Key stated "while once the greatest threat to our native wildlife was poaching and deforestation it is now introduced predators.

“Rats, possums and stoats kill 25 million of our native birds every year, and prey on other native species such as lizards and, along with the rest of our environment, we must do more to protect them.”

He added “that’s why we have adopted this goal. Our ambition is that by 2050 every single part of New Zealand will be completely free of rats, stoats and possums.

“This is the most ambitious conservation project attempted anywhere in the world, but we believe if we all work together as a country we can achieve it.”

The Government will lead the effort, by investing an initial $28 million in a new joint venture company called Predator Free New Zealand Limited to drive the programme alongside the private sector.

This funding is on top of the $60 to $80 million already invested in pest control by the government every year and the millions more contributed by local government and the private sector.

Prime Minister Key added “this ambitious project is the latest step in the National-led Government’s commitment to protecting our environment.

“We are committed to its sustainable management and our track record speaks for itself.

“This includes the decision to establish the world’s largest fully protected ocean sanctuary in the Kermadecs, better protection in our territorial sea and our efforts to improve the quality of our fresh waterways.

“We know the goal we have announced today is ambitious but we are ambitious for New Zealand.

“And we know we can do it because we have shown time and again what can be achieved when New Zealanders come together with the ambition, willpower and wherewithal to make things happen.”