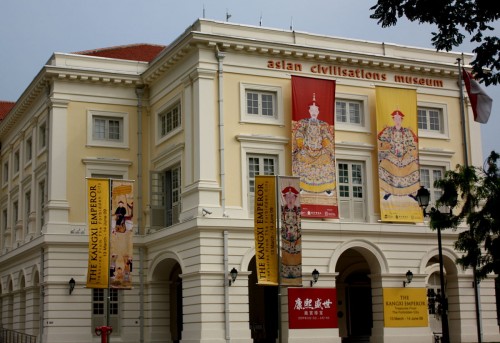 Singapore's Asian Civilisations Museum is set to grow with a S$5.5 million (US$4.5 million) extension plan that will see a new wing added to its current building in the city's Empress Place.

The new wing, expected to open in 2015, has been funded by the Hong Leong Foundation (HLF) and is being designed by Singaporean architects GreenhilLi Consultants.

The design for the extension includes a light-filled atrium connecting to galleries on three floors, in contrast with the 19th century neo-classicism of the original structure.

The HLF donation is part of the Foundation's efforts to promote the understanding and appreciation of Chinese art and culture.

HLF Governor Kwek Leng Beng explained "by working with the Asian Civilisations Museum, we hope to be able to inform and educate future generations about the roots of our forefathers.

"We hope that through our donation, we are able to share this rich culture and educate Singaporeans, especially those with forefathers from Fujian, on their roots."

Museum Director Dr Alan Chong said the new galleries will allow more of the museum's collection to be revealed in an innovative way.

Dr Chong explained "we are very keen to show how China relates to the rest of the world, through trade, through immigration, through exchange. Fujian especially was the homeland of so many immigrants to South-east Asia, not just to Singapore but also in countries which are now Malaysia and Indonesia."

For more information go to www.acm.org.sg/home/home.asp