New Western Sydney Zoo plans to make the most of technology 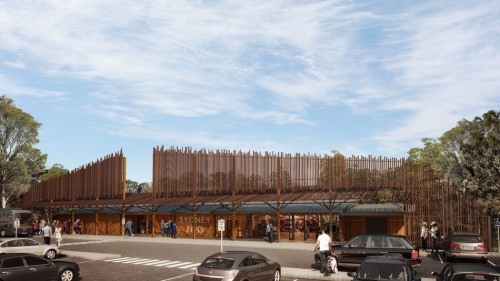 The planning of the new ‘cage free’ Western Sydney Zoo is taking into account a range of new technologies, including the potential for drones to deliver food to the animals in order to limit human interaction.

Set to open in late 2017, the developers of the attraction are planning to use a number of new technologies from startups to create a "technologically-enabled experience” for both patrons and residents of the upcoming attraction.

The Zoo, which will host a range of native Australian fauna, as well as exotic animals including elephants and chimpanzees when it opens, is also hosting a ‘hackathon’ on Friday 9th April as part of Western Sydney University’s LaunchPad program.

The event, which aims to focus on technology, animal conservation and welfare, and immersive displays, will feature a host of people from university experts and private sector startups, with the crowd-sourced hackathon aimed at generating a range of new ideas which utilise new technology for an engaging experience.

Some of the most interesting innovations, according to a senior manager of the LaunchPad program, could come on the animal care and conservation front.

Don Wright, Senior Manager of the Western Sydney University’s LaunchPad Program, told Mashable Australia “it could be limiting the amount of human interaction by using drones for feeding or cleaning for example.”

Wright added that using an app and complete Wi-Fi coverage, the zoo could interact with visitors from start to finish, sating “we're trying to underpin the whole visitor experience with this mobile device-enable capability.

"Prior to getting to the zoo, if you download the app, you'll be getting fed alerts and information about your day. It might be telling you traffic information, or when certain displays are on."

Wright pointed to the recently opened Levi Stadium in San Francisco as an example of a venue that has employed comprehensive technology to support the visitor, commenting “there is lots of focus on reducing queues, getting food to people faster, and using real-time data through the whole facility to deliver a better experience.”

To that end, the new Zoo could use real-time data collection to assess guest satisfaction, making use of sensors to aid management understand where crowds are forming and move people along.

The hackathon will also feature experts who will highlight the characteristics and habits of each animal and how they would interact with each technology, while for visitors suggestions include augmented reality displays and holograms.

The new Zoo, being developed John Burgess, the founder of the Sydney Aquarium, will cover a 16.5 hectares and will house up to 500 animals.

Announced by Burgess in September 2015, a Development Application has been lodged with the NSW Government and is currently open to public submission.

Sydney Zoo is expected to open in late 2017.

The hackathon is being held at the University's LaunchPad facility at the Werrington Park Corporate Centre.

Image shows an artists impressions of the proposed Sydney Zoo.