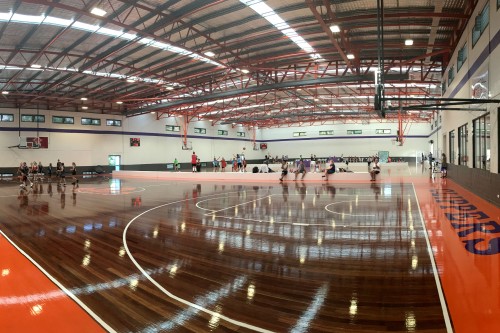 A $2.1 million expansion of Maroochydore Basketball Stadium is already opening opportunities for sport on the Sunshine Coast and helping local clubs to grow.

The addition of two new indoor courts has allowed junior basketball teams to almost double, provided the Sunshine Coast Basketball Association with a home venue to play junior representative games, and allowed the stadium to host major events such as an Australia Day Cup and Special Olympics State Games events.

The expansion of the indoor arena, also known as the Clipperdome, jointly funded by Sunshine Coast Council’s Capital Works Program, the Queensland Government Get Playing Plus Program and the Maroochydore Eagles Basketball Association, was officially opened at the end of last week.

Attending the opening, Sunshine Coast Councillor Christian Dickson stated “I’m proud to see what a difference this project has made for the clubs.

“The benefits of the expansion were immediate and easy to see with the addition of extra basketball games during the week, state events locked in and other sporting clubs already using the space.

“It’s wonderful to have yet another high-quality sporting stadium right here on the Sunshine Coast.” 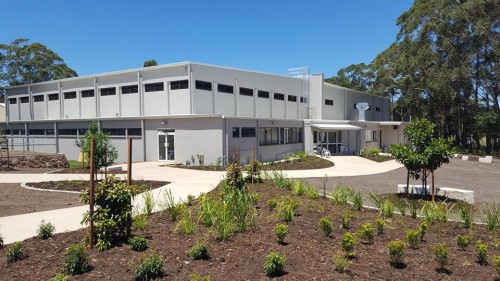 Truscott explaining “having two new indoor courts, in addition to the existing one, has been fantastic and it’s already allowing us to grow the opportunities for basketball and other sports.

“Our junior teams have nearly doubled since the interior of the stadium was completed at the end of January and the Sunshine Coast Basketball Association now has a home venue to play junior representative games.

“We hosted an Australia Day carnival with more than 60 teams with nearly 500 competitors from across South East Queensland and up to Bundaberg, which we previously couldn’t do, and will welcome Special Olympics State Games events for the first time next month.”

Truscott added that the new facility was well overdue as interest in basketball on the Sunshine Coast continued to grow faster than the state average.

He advised “it's grown phenomenally over the last 10 years.

"Basketball Queensland cite figures at a 7% per annum increase in Queensland but on the Coast it's definitely up a bit on that."

The venue is also used for karate, blue light discos and University of the Third Age activities such as yoga.

Council also improved pathways and landscaping and added an entrance statement within Elizabeth Daniels Park to further add to this sporting precinct.