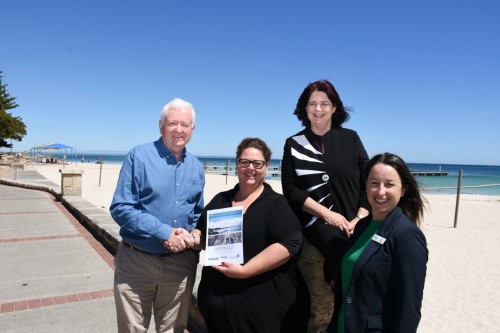 The three organisations recently signed a Memorandum of Understanding (MOU), aimed at developing ongoing cross-organisational activities that will benefit the wider tourism industry.

By aligning goals with the Great Southern and South West Regional Investment Blueprints with the objectives of ASW, the MOU will support tourism capacity growth and destination marketing, along with capability and infrastructure development.

The three year agreement has been lauded by ASW Chiarperson Dee Smith as “a tremendous opportunity to bring together the membership and marketing focus of ASW with the trade and government experience of the Development Commissions.

“This agreement is the first of its kind between a regional tourism organisation and two of the development commissions within its jurisdiction.”

Utilising the key strengths of each of the organisations, ASW will take the lead role in destination marketing to intrastate, interstate and international markets and product related projects. The GSDC and SWDC will support the development of infrastructure and events. Additional support will be provided to each other’s tourism programs to ensure that maximum potential exposure and development for the region is attained.

Smith added “by working together we can encourage tourism development in Australia’s South West with the aim of reaching the State’s tourism goal of $2billion in visitor spend in the ASW region by 2020.”

He explained “our aim is for tourism in the Great Southern to double to 20% of regional turnover by 2040.

“Marketing supported by cross-regional activities in partnership with ASW and the SWDC will help to make the Great Southern a destination of natural choice for people to visit, live, work and invest.”

“By supporting the growth of the tourism industry, we are helping to create jobs and a more sustainable economy, while at the same time enhancing the region’s lifestyle appeal.”

Hicks commented “Australia’s South West is the most visited region in Western Australia outside of Perth.

“By working together, we can maximise opportunities, with the view to strengthening the economy and growing jobs for local people. There’s a lot that can be done especially in regards to cross promotion of the South West and Great Southern, as well as tourism projects that benefit both regions.”

Hicks concluded that “the partnership is especially timely as we get closer to having people fly directly into the South West via the Busselton-Margaret River Regional Airport.”

Australia’s South West Inc. (ASW) is the peak tourism body for the south west region of Western Australia, stretching from the Shire of Harvey to the Shire of Jerramungup.