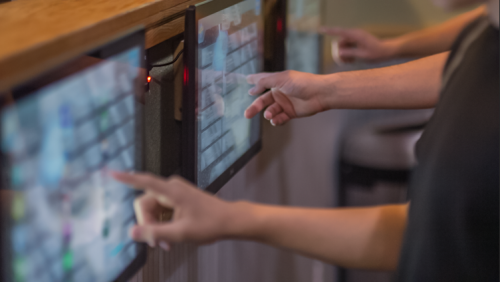 Sporting organisations need to embrace the concept of using new ways of communicating with members by using technology, but face a number of obstacles, according to a QUT study.

Using e-newsletters, SMS messages, frequently updating websites and keeping blogs were seen as desirable among most members of the organisations, but were rarely available, according to the study.

Dr Edwina Luck and Elizabeth Buchanan, both from the Faculty of Business, conducted a study looking at 90 sporting organisations across Australia, and found that while most members wanted the new communication methods to be available, time and resource factors meant that often they were being neglected.

"Because most sporting organisations are run by volunteers, that obviously has implications when you are talking about the cost for someone to modify a site or to prepare newsletters," said Dr Luck, adding âmost clubs wanted to put these things into place but the time and cost of organising this and employing someone to take charge was hindering this."

Luck added that Generation Y, those born after 1980, was the most enthusiastic about having access to communication via technology from their sporting clubs, but there was less enthusiasm from older volunteers, stating âyoung people are so used to using new technologies in most things, and they would see it as a natural progression that their sports club would have these methods of communicating which are now commonly used elsewhere.

"There was a factor of some of the older organisors not being able to use the new technologies, and often there was also a lack of interest for those above the age of 50.

"However, by and large it was recognised that there was a need for sporting clubs to embrace the new technologies."

Dr Luck said of those surveyed, two-thirds believed it was very important to keep up with new communication methods.

"We surveyed clubs at a local, state and national level, and interestingly, local clubs were more likely to have someone looking after technological communication - 40%, compared with 24% of national organisations and 33% of state.

"All of the organisations stated keeping their websites up-to-date was important, but most were not updating regularly and a lot of the websites were just informational, and did not include timely information about training or game times, or different functions."

She said all ages were enthusiastic about having e-newsletters, and under-55s wanted SMS communication.

As technology is advancing so rapidly, with the rise of Facebook, YouTube and blogging, Dr Luck said she and Dr Buchanan were planning to carry out a similar survey in another 18 months.

"Because there is a lot of enthusiasm out there, despite the obstacles that sports clubs have, I am sure that when we replicate this study again there will be a significant change.

"I think they need to have a department for communication at the clubs, which may require extra work, perhaps a volunteer whose responsibility it is to maintain and update websites for a start, as well as introducing SMS messaging for instant important messages, such as training times."