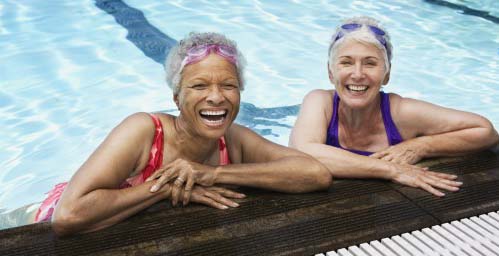 Sydney’s newest major swimming pool will be heated and powered all year round by its own locally produced energy system that will help the City of Sydney slash its carbon emissions.

The City has agreed to include a trigeneration plant in the new Green Square Aquatic Centre that is currently in the final stages of a design competition, with the winning design to be announced in November.

As well as heating and providing electricity for the new aquatic centre, electricity from the trigeneration plant will be used in the City’s community buildings and other facilities located next to the new pool.

To further reduce power costs, the City will also build its own ‘private wire’ – a local distribution system enabling it to share electricity between several new Green Square facilities. These include a childcare centre, water recycling plant, community and creative areas at the site of the former South Sydney Hospital, and public lighting throughout the area.

Installing its own private wire means the City will only pay one connection fee to Ausgrid, avoiding the individual connection fees that would otherwise be charged for each facility to connect to the grid.

The private wire will also allow the city to install photovoltaic panels on its Green Square buildings and share the electricity they generate with other buildings, reducing emissions even further.

The plant will be similar to those installed by many other councils to provide low-emission heating and electricity for their pools, including those in Wagga Wagga, North Sydney, Willoughby, Hornsby and Leichhardt.

Lord Mayor Clover Moore said the decision to install a trigeneration plant was good for the environment and would also reduce operating costs at the new community facilities.

She explained “this trigeneration plant is expected to reduce the City’s carbon emissions by 10,000 tonnes over the next 25 years.

“I’m delighted the investigation we’ve conducted into the trigeneration plant and private wire means we will be able to reduce our carbon emissions for a price well below the cost of simply buying GreenPower.

“Cities around the world are taking action on climate change and in Australia, we’ve seen weather records continually broken with higher temperatures and wilder weather.

“It’s vital all levels of government take action, which is why we’re making such a significant effort to cut our emissions by 70 per cent by 2030.

“As well as trigeneration at Green Square, we’re also installing a trigeneration plant to power Town Hall, where we’ve retrofitted our buildings to make them more energy efficient. We’ve also installed thousands of LED street lights across the city to reduce carbon emissions.”

Trigeneration plants are much more energy efficient than the coal fired power stations that produce most of NSW’s power, where nearly two-thirds of the energy from burning fossil fuels is lost as heat.

In contrast, the Green Square trigeneration plant will use the heat created from generating power to warm the water in the aquatic centre pool.

The City expects a development application for the Green Square Aquatic Centre and adjacent Gunyama Park to be lodged in the second half of next year, with construction work due to start early in 2017, and the pool due to open two years later.