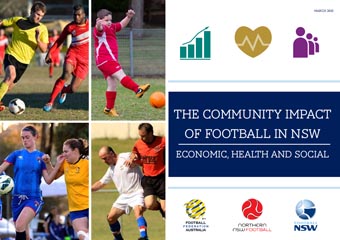 A new report, The Community Impact of Football in NSW, details, for the first time, the economic, health and social contribution of grassroots football.

The report’s authors, strategy and research consultancy SBP and economic and demographic analysts Street Ryan, estimates that the total annual economic contribution of grassroots football in NSW is more than $417 million per annum.

However, the report, commissioned jointly by the NSW’s Member Federations, Football NSW and Northern NSW Football, highlights the fact that a lack of grassroots infrastructure is hindering the sport reaching its true potential, which the researchers calculate at more than $619 million per annum to the NSW community.

"We have a good grasp of the contribution the elite competitions make and now, for the first time, we have an accurate picture of the economic, health and community contribution that grassroots football makes.

"If we extrapolate this NSW data to a national level we can see that grassroots football contribution to the economy is delivering just over $1 billion per annum to the Australian community.

"It is a hugely important piece of research because it helps demonstrate with hard data why football is the ideal partner to help governments build vibrant communities." 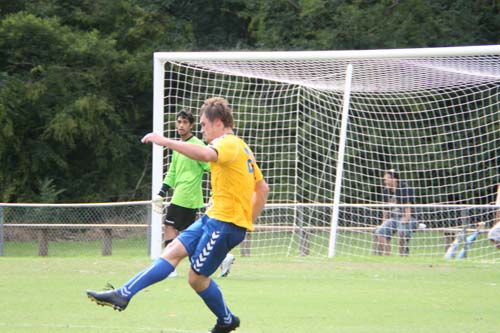 The report notes that football is already by far the most popular participation sport in NSW, with more than 365,000 registered participants, encompassing a player base 22% larger than all the other football codes combined. Yet, according to Northern NSW Football, Chief Executive David Eland the game is suffering more than most sports from a lack of funding for community infrastructure.

Eland stated “football is now well and truly the number one mainstream participation sport in NSW.

"In terms of social inclusion, football is unmatched … it is a sport that is played by all ages, in every community in every corner of the state.

"We enjoy strong female support, with 64,000, that is almost one-quarter of our registered players, now female.

“We’re growing at a faster rate than any other established sport, our registrations are up 15% on last year. That’s driven by a combination of the sport’s increasing popularity in its own right, helped by the Asian Cup success and our growing population, but a lack of local community infrastructure is seriously hampering our ability to cope with this demand. We have documented reports of clubs turning away players and of women having to change in public toilets simply because of a lack of facilities."

The report says that unlike many other sports in Australia, the participant base is highly reflective of the cultural diversity of the general population and makes a valuable contribution to integrating new migrants.

Football NSW Chief Executive Eddie Moore added "football truly is the world game, so we meld together different ethnic groups and give migrants an easy entry point into their new communities.

"Parents know that their kids can go straight onto the pitch, they know the rules and can immediately join in."

The Member Federations also recently produced a report, Meeting The Future Needs Of Football in NSW: A Partnership Approach which itemises at a local community level the infrastructure that is necessary if football is to be able to cope with current and future demand.

Moore concluded “together, these reports demonstrate a huge funding gap. Our primary role is to administer the game efficiently on the football family’s behalf so that we can contribute to local infrastructure development, but we need the support of local and state government. No other sport enjoys as much grassroots participation, no other sport is so socially inclusive and no other sport can match football’s return to the tax payer, on an economic, health or social basis."

Click here to read the full report on The Community Impact of Football in NSW.

Click here to view a copy of Meeting The Future Needs Of Football in NSW: A Partnership Approach.