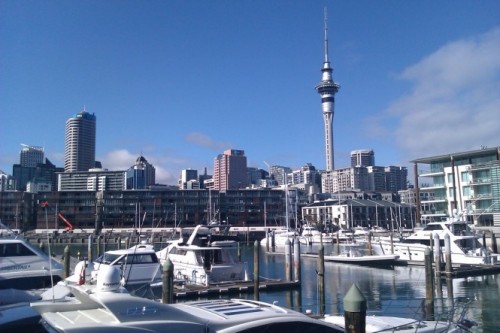 Initiated by Auckland Tourism, Events & Economic Development (ATEED), the launch of Destination AKL 2025 follows an unprecedented, sustained period of growth in the number of visitors travelling to the region. This growth is forecast to continue: by 2025, the region is expected to welcome more than four million visitors a year (58% more than now), creating an estimated $13.9 billion visitor economy (up 85%).

Auckland Mayor Phil Goff says the strategy presents a positive and sustainable vision for the city’s visitor economy, advising “Destination AKL 2025 is a valuable and timely contribution to the discussion we are having about Auckland’s long-term future and how we tackle key challenges such as population growth, prosperity for all, and environmental degradation.

“Crucially, the strategy acknowledges those challenges and accepts the responsibility everyone - including short-term visitors - shares for addressing them.

“Auckland Council recognises the importance of the visitor economy to Auckland, and I believe the new strategy is the right mix of aspiration and actions that in the next few years will turn goals into reality.”

Armitage adds “to address this, we’ve developed a strategy which will proactively manage the impact of our visitor economy so that Auckland is better off not just economically, but also socially and environmentally.

“While Auckland has been successfully marketed a destination for some time, Destination AKL 2025 has a greater emphasis on ‘destination management’ – or ensuring future growth in visitor numbers is sustainably managed and of benefit to Auckland, rather than simply attracting greater numbers of visitors.

“This is a moment in time for us all to take a stand for something that is really important. All of us involved in the visitor economy can take a lead on ensuring that we future proof Auckland for tomorrow’s visitors, and also for Aucklanders.”