New Sports Commission executive to focus on partnerships and participation 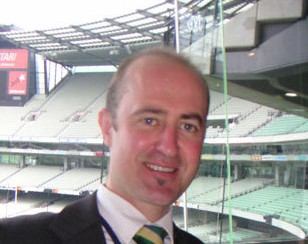 Announcing the appointment today, Palmer said Larratt, who has worked in senior roles at Rugby Australia and Cricket Australia, will be a valuable addition to the Australian Sports Commission (ASC)  at a pivotal time in Australian sport.

Palmer stated "the ASC is intent on transformational leadership to position Australian sport as a world leader, including a focus on participation and physical activity.

“With these goals in mind, Andrew will play an integral role in enhancing strategic partnerships to connect various industries, as well as building participation growth, innovation and capability across the sport sector.”

Larratt (pictured) has more than 20 years of experience in sport and education, most recently as General Manager Community Rugby and Strategy.

The ASC role will include oversight of the Australian Government’s $160 million Sporting Schools program and leading the ASC’s work in physical literacy, which aims to increase the confidence and capability of Australians to be more active for life.

Welcoming his new appointment, Larratt advised "this role is a unique opportunity to unlock shared value between education, health and sport.

“We know the influence sport and physical activity can play in helping children develop holistically, establishing the right behaviours for a healthy and active life. So we certainly want to accelerate the work in physical literacy.

"Sport has the power to inspire people and move a nation. It is integral to our national identity and I look forward to working with key partners to maximise our potential.

"I’m privileged to join the ASC and I thank the education sector, Cricket Australia and Rugby AU for helping preparing me for this important industry role.”

He joined Rugby Australia in 2013, launching innovative programs that helped boost participation in target areas. The VIVA7s is a non-contact format of rugby that enabled more than 11,000 participants, including 40 per cent females, to play the sport. Rugby’s Sporting Schools program, ‘Game On’, introduced more than 120,000 students to rugby over the past three years

Larratt will join the Commission on 6th March.