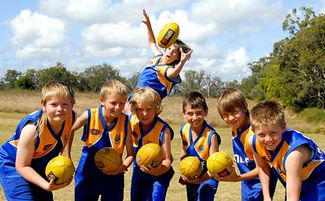 The Australian Government and the AFL have staged a unique sporting program in the lead up to the Commonwealth Heads of Government Meeting (CHOGM).

At the end of last week, Federal Minister for Defence and Member for Perth Stephen Smith and Minister for Sport Mark Arbib launched the CHOGM sporting program, which saw 25 young players take part in an AFL Multicultural All Star Camp.

Minister Smith explained "sport fosters a tolerance and understanding of different cultures. On the sporting field all that matters is the game. It has the power to cross cultural, religious and political divides."

Senator Arbib added "sport is a massive part of the Australian way of life. It teaches young people self-discipline, team work and how to reach your goals."

Held over the weekend, the four-day camp was driven by the West Australian Football Commission coincided with the CHOGM Commonwealth Youth Forum.

The camp saw mentoring from Fremantle Dockers Assistant Coach Michael Prior, AFL Draft Combine skills testing, education sessions on nutrition and fitness, a cultural exchange program with Indigenous AFL ambassadors, a tour of the Fremantle Dockers Football Club and a coaching accreditation earned by each participant.