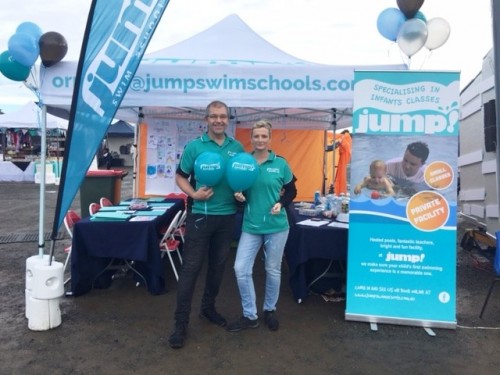 Opened on 25th November, JUMP! Swim Schools Ormeau is owned by Ann and Greg Ferrar, who, together with their children - Samantha, Garreth and Jenna - have over 20 years of swimming and aquatic-industry experience.

Ann Ferrar has a long history in early childhood teaching – at first running her own pre-school before getting involved in learn-to-swim, where she taught more than 1,000 children over 10 years.

Looking for a lifestyle change, Ann and Greg Ferrar moved from Sydney to fulfill the dream of owning their own swim school.

Ormeau, located halfway between Brisbane and the Gold Coast, soon became the suburb of choice to start their new business after they identified a huge demand for a JUMP! from within the community.

Greg Farrar explains “before our open day, we had over 600 Facebook followers, and our ‘Bookings are open’ posts received over 300 comments.”

Ormeau adds to the growing list of swim schools opening nationwide with JUMP!, which is already teaching the fun life skill to over 16,000 children and babies across Australia each week.

Ian Campbell, Managing Director of JUMP! Swim Schools, adds “learning to swim isn’t just for older kids. 46% of our students are under 4 years old and that is testament to our understanding of how capable babies are and our abilities to teach babies as young as three months of age

“Swimming lessons equip kids with the skills they need to be safe and enjoy being in and around the water (and they) also fast-track their physical and mental development.”

To find out more got to www.jumpswimschools.com.au