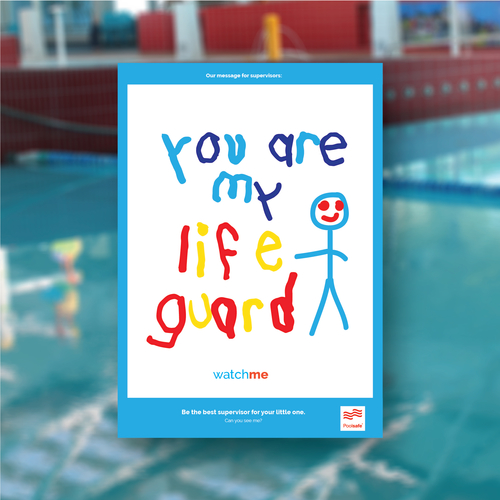 New Zealand’s 2018 Poolsafe campaign is aiming to remind parents and guardians that accidents and drowning incidents in public, as well as backyard, swimming pools can happen in seconds.

Launched today by the New Zealand Recreation Association (NZRA) and Water Safety New Zealand (WSNZ), the campaign says that on average, six children under five drown each year, while 34 more are hospitalised.

Highlighting that nine in 10 of those incidents can be attributed to inadequate supervision, with mobile phones a particular distraction, NZRA Aquatics Project Manager Tracey Prince explains “even if there are plenty of lifeguards at a pool, putting down your cellphone and making sure there are no distractions can mean the difference between life and death.

"As a caregiver you should support the lifeguard by giving the kids your full attention."

Signage being used in the Poolsafe campaign is based on a concept developed by a Massey University student.

Gretchen McAleer (pictured below) developed the signage, along with the design for a lifesaving app as her final-year project at the University, with the aim of halting near-miss drownings at swimming pools.

Inspired by her six years as a lifeguard, where she saw many children get into strife because their parents weren't paying attention, McAleer says parents don't realise how dangerous distractions at the pool can be.

She recalls "every shift I worked, I'd end up talking to at least three parents." 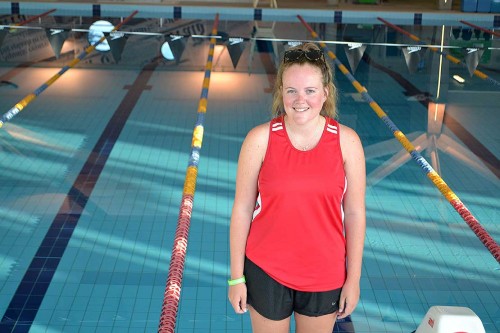 McAleer said many people underestimated the dangers of common poolside distractions, such as cellphones, reading, and getting caught up in conversations, advising “what has been most frustrating for me is the lack of active supervision of children under eight years old, and it just doesn't seem to be improving.

"They don't realise the risk they're putting their children in, because things can happen so quickly"

McAleer said she came up with the idea for parents and children to design water safety posters together, because she hoped the children's safety messages would be better received.”

McAleer app, named ‘Watch Me’, combines teaching parents about the dangers of unsupervised children in the pool, with the ability for parents and children to design water safety posters for their local pools.

She adds “no parent likes to be told how to look after their child, hence my conversational angle of using the child's voice as the main point of communication.

"It also allows for straightforward and basic language that is easy to understand for all demographics.

"Although I am wanting to influence parents, the child is involved in this process too."

McAleer hopes to have the app developed so it is available for all parents to use with their children.

PoolSafe
The PoolSafe Quality Management Scheme (PoolSafe) is an independent assessment of public pools to ensure that their operations and facilities are safe.

There are currently 214 public pools in New Zealand and over 140 of those are members of the PoolSafe scheme.

Jointly developed in 2001 by the NZRA and WSNZ, Poolsafe is an industry led, voluntary management system designed by the industry for the industry. It enables peer to peer assessment and moderates the delivery of public aquatic facilities services, with the direct intent to limit serious harm to their communities.