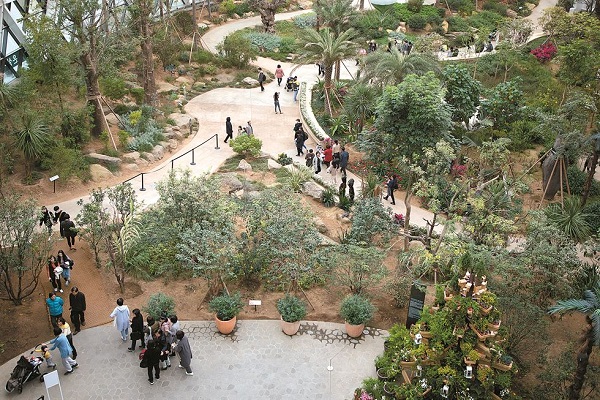 Attracting more than 2.1 million visitors in the period to 24th March, Seoul's first-ever urban botanic park is seen as a place of refuge from the fine dust that worsens during springtime in Korea.

Many of those species not only include Korea's endangered, native flora, but also plants known to have air-purifying effects.

Jeong Su-min, an official from the Exhibition and Education Division of the Seoul Botanic Park, explains “many of the plants in the tropical conservatory are natural air purifiers. Diverse palm trees, such as the areca palm, bamboo palm, as well as the rubber plant, are some of those exemplary plants.” 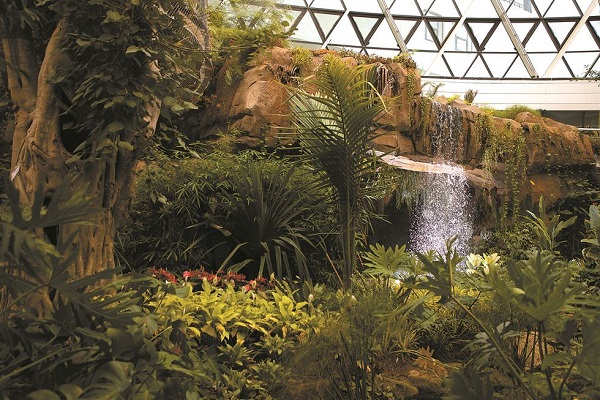 With a budget of 215 billion won (US$189 million), the park has been in development since 2013, spread across 50 hectares of land. The park also has a library with over 7,000 books and periodicals on domestic and foreign plants and other cultural facilities.

With the goal of helping citizens enjoy healthier lifestyles in Seoul's urban bio-botanic park, the Seoul Metropolitan Government appointed Zoh Kyung-jin, a Professor at Seoul National University's graduate school of environment, as the master planner of the park in April 2013. Professor Zoh led the project, deciding the overall aspects of the park, from construction philosophy to plant exhibitions planning.

Other key masterminds of the park include landscape architect Jon Ou-gon, who took charge of landscape planning in November 2013. He designed the open-air theme gardens, and carefully selected construction materials and colours for the park. Architect Kim Chan-joong designed the park's iconic flower-shaped glass building, which houses the two conservatories. Measuring 100 metres in diameter, the sophisticated design satisfies visitors' aesthetic tastes, while enhancing efficient movement of visitors in the conservatories.

Set for its official opening this month, admission tickets for the Seoul Botanic Park are expected to cost about 5,000 won. Until the official opening, admission is free, during which time the park is undergoing thorough examination to improve its services

For more information go to botanicpark.seoul.go.kr.

Images: The Seoul Botanic Park has attracted millions of visitors during its temporary opening since October (top) and the Botanic Park has about 3,000 species of flora, including native Korean plants and other endangered plants (below). Courtesy of the Korea Times/Choi Won-suk.