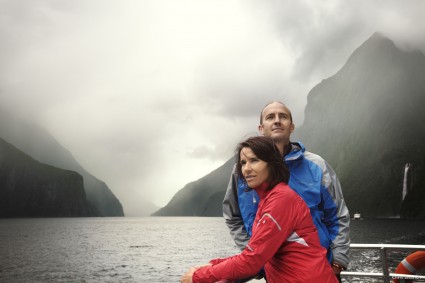 The State of the Tourism Industry 2014 records a year of solid and continued growth, marked by a return to strong international growth for the first time since the Global Financial Crisis.

The report is the latest in an annual series produced by Lincoln University and TIANZ, with data support from Statistics New Zealand and Tourism New Zealand.

Its release comes one year after the launch of the Tourism 2025 growth framework.

Commenting on the report, TIANZ Chief Executive Chris Roberts says "understanding and responding to the changes in the market is an ongoing challenge to New Zealand regions and individual businesses. Tourism 2025 highlights the importance of good insight to ensure we are responsive to a fast-changing world and so we are pleased to partner with Lincoln University to produce this research.

“The tourism industry generates $65 million a day across New Zealand – $37 million in domestic expenditure and $28 million in international spending. Whether it’s the local bank exchanging foreign currency, the service station pumping petrol, shops selling their products, or accommodation and transport providers, locals are all hosts who have a role to play in welcoming our visitors, domestic and international.

“The benefits of tourism are immense, spanning social and cultural elements, as well as the economic benefits that sustain jobs in communities around the country, jobs that may not exist without a vibrant visitor industry.

“Building on the solid 2014 growth recorded in The State of the Tourism Industry, we have a strong base from which to leverage opportunities that will be presented in the year ahead.” 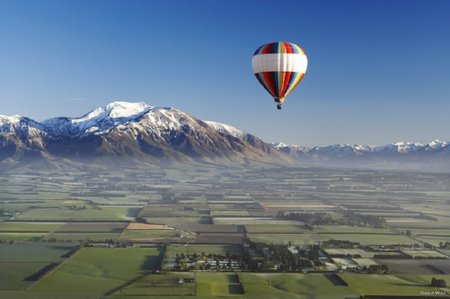 Lincoln University tourism expert Professor David Simmons says it is encouraging that tourism employment has grown after four years of either flat or falling job numbers, stating "tourism employment is arguably the most important social benefit from tourism sector activities, often providing jobs in areas where there are few other opportunities."

This is reflected in regional tourism expenditure. While most expenditure occurs in the gateway cities like Auckland and Christchurch,” Professor Simmons says that the impact of expenditure is more marked in more sparsely populated regions such as the West Coast, Otago, Tasman/Nelson, Northland and Marlborough

The report finds that Australians, who make up New Zealand’s biggest source of visitors, are spending less time in the country, with median stay days falling from 11 to 9 days for holiday visitors since 2004.

Roberts says this supports the hypothesis that Australians now consider New Zealand a domestic destination, which they may visit multiple times rather than treating it as a once-in-a-lifetime destination to visit.

A key Tourism 2025 indicator to drive and track progress is monitoring inbound airline passenger capacity (seats) growth. The State of the Tourism Industry 2014 shows that capacity has increased by 6.3% from 2013 to reach 7.8 million seats. Strong growth off a low base was recorded for South America (up 59.2% to 145,000 seats) and Australia (increasing by 7.7% to 4.8 million seats). The Asia region increased 2.3% to 1.4 million seats and North America increased 2.1% to 701,000 seats.

Roberts says that announcements this week from Air New Zealand and Auckland Airport about planned new air services from China will boost these numbers even further.

He adds that the importance of domestic tourism should not be overlooked, concluding "since 2007 domestic tourism growth has outpaced international growth, making an important contribution to the sustainability of businesses around the country.

“The data shows that the tourism industry is making a good start on reaching its aspirational Tourism 2025 goal of almost doubling total tourism revenue to $41 billion by 2025,” he says.

To read The State of the Tourism Industry 2014, visit www.tourism2025.org.nz/making-it-happen/state-of-the-tourism-industry-

Images show Milford Sound (top) and ballooning above the Canterbury plains (below).